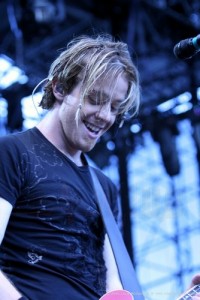 Shim Moore is the guitarist/vocalist for the Australian rock group Sick Puppies. The group appeared in the 2009 documentary “Rock Prophecies” which followed the career of acclaimed music photographer Robert Knight. The film played heavily in to the bands continued success and they are set to headline this year’s Revolver Magazine “Hottest Chicks Tour” which also will feature Lacuna Coil, Eyes Set to Kill and Culver. Media Mikes had the chance to speak with Shim about the bands appearance in the film, the group’s latest album “Connect” and what he’s most looking forward to about getting back on the road.

Adam Lawton: Can you tell us about the bands involvement with Revolver Magazines “Hottest Chicks” tour?
Shim Moore: Revolver has done a couple spreads on the band and they have always been real advocates for us. We also were fans of the magazine so when they came to us with the offer of doing a girl branded tour we were all in. I am looking forward to seeing all of the bands on this tour and it’s going to be a really great time.

AL: How have things changed for the band since being featured in “Rock Prophecies”?
SM: It’s sort of funny how that all worked. The film was made during the time that we were in the process of building our fan base. It was finally released until 2 years after that. By the time the film was released we were actually do better compared to how we looked in the film. People had started to hear of us when they saw the film so it has helped people find out about by more than just hearing one of our songs. Some people found out about us through the film or the heard that we were in the film and 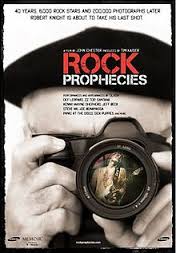 decided to watch it. We sort of helped each other in a way. It was great being able to do that because it documented that time in our lives. Without it we probably wouldn’t have anything from that time because it was so chaotic.

AL: Was it hard having the cameras around during such a chaotic time in the bands career?
SM: Not really. They would shoot a couple days at a time and then leave for a bit. It wasn’t very intensive. They would come out and shoot a gig and do some interviews then leave to film some of the other bands seen in the film.

AL: Can you tell us about the work that went in to the bands most recent release “Connect”?
SM: With this album we knew we wanted to make a more song oriented record. We really got in to the song writing element when we were first building things. Once we had a few songs that seemed to be a step up from our previous work is when we decided to really spend that extra time on the record. We went in with around 100 songs and worked on them for about a year. When it came time to start producing we didn’t do a lot of layering we just played until it sounded good and once it sounded great we would stop. We wanted to have more of a classic feel. The band is always going to sound like the band as we know what to do and with the latest record we wanted to add another level to that.

AL: The United States can sometimes be difficult for bands from other countries to break into. Did your band ever experience any difficulties being from Australia?
SM: I think it was actually the opposite for us. Australia is very nit-picky and has a very specific attitude towards what music they are going to embrace. There has to be this sort of cool factor even 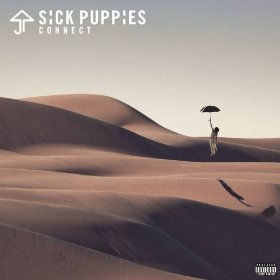 though it’s not based on what is really cool. It’s more about looking like you don’t give a fuck. If you look like your trying to be more than you are then everyone thinks you are trying too hard or faking it. America is the total opposite. They want to see what you’ve got. We moved over to the States to be the biggest band we could be. We wanted to play everywhere we could and evolve as a band. It’s a much more genuine give and take in the U.S. If you put something out and people like it they buy it. If you do a show people come and check it out. Some people don’t even realize were from Australia because of how we have chosen to do things.

AL: What other plans does the band have for this year?
SM: We are working on releasing the next single off the record. That’s going to be the title track “Connects”. From there were going to be out on the Revolver tour until March and then we head overseas for most April. We are in talks for more touring later this year and fans who want to see where we will be they can check out the bands website at www.sickpuppies.com