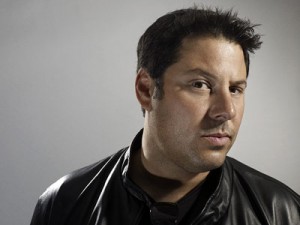 Greg Grunberg is best known for playing Matt Parkman in “Heroes”. He also played Sean Blumberg in “Felicity”, the pilot Seth Norris in “Lost” and Eric Weiss in “Alias”. His latest film is “Big Ass Spider!” and it is one hell of a fun movie. Media Mikes had a chance to chat with Greg about the film and how he ended up fighting a “Big Ass Spider!”

Mike Gencarelli: Congrats in advance for the early success and positive reactions to “Big Ass Spider!”
Greg Grunberg: Thanks! It one of these films that we just need to get the word out and I know it’s going to have some great legs. People are going to watch it and spread the word. I am so proud of it. Mike (Mendez), the director, did some a great job putting it all together. He let us improv and have fun and it really came together great.

MG: What was your first response when the script for “Big Ass Spider!” lands on your 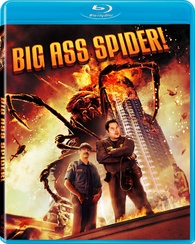 desk?
GG: My initial response is “HELL NO” [laughs]. I read everything and tell people to send me whatever and either I or my manager will read it. I received and this immediately thought that it was so ambitious that it would never work. There are more effects shots in this film then “Hollow Man”…and I was in “Hollow Man”. Kevin Bacon was invisible the entire movie. So I thought how nobody was going to be able to pull this off. So I gave a polite “No” along with a few notes and caveats that I had. They came back to me and just asked me to meet with the director Mike Mendez. He is one of these guys that you cannot say no to him. He has such a singular vision and is such a talented filmmaker. He seemed to have everything planned out in terms of effects etc. He was also willing to consider my casting suggestion for Lombardo Boyar, who I worked with on my movie “Group Sex”. It just all ended up working out and we were all on the same page.

MG: How do you approach a role like this to make it funny without being too cheesy?
GG: No matter what people do in their life, everybody takes what they do seriously. I wanted to approach it that was but not in a cartoony way. I have seen characters like this in movies and they go above and beyond and are really nuts are killer spiders. It is entertaining but if you don’t believe it then you are not going to take the ride. I know that the unbelievable factor is obvious for this film, there is a ten story
spider but you want the characters to be real and relationships between them to be real. I think that is what we did here and it really worked. It was a really fun and I had a great time. Lombardo was fun t 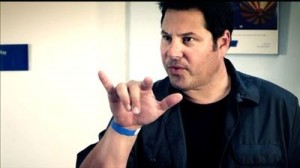 o work with and I felt like we both stole the movie. It is one of those things that at the end you are talking about Lombardo’s one liner as much as you are the spider.

MG: What was the most demanding aspect of working on a film like this?
GG: It’s funny because when I am approached to do a film like this there always like “Look there’s not going to be trailer, it’s really low budget so…” I say “Who gives a fuck about any of that shit”. I want to make a great movie. I am always on set anyway and never in a trailer. I just love making movies. I love acting in them and every aspect about them. So that stuff doesn’t scare me. The hardest part is making sure that you have good people and they are prepared to do their jobs. Every single aspect and department matters. Mike Mendez is an incredible studied filmmaker and I can’t wait to see what happens when he is given a real budget. He is going to explode like James Wan and hopefully I get to work with him again.

MG: Why do you think sci-fi/horror fans are going to dig this film?
GG: The cool thing about this is that I have three boys, 10, 14, and 17 and all of them can watch it. This is a family movie and nothing in here is inappropriate. The scary parts of fucking scary and the funny parts are funny. It is a great combination in a very relatable way. If shit when down like this in L.A., this is how it would play out [laughs]. Is it the best movie in the world? NO! But it is damn close in terms of low budget spider movies are concerned. 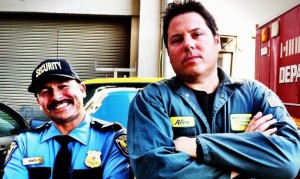 ly for a sequel; any word of that happening?
GG: We have talked about it and are certainly thinking about what that next movie would be but it is all up to the financiers. It is doing well for Epic Pictures and they are pleased so far. Hopefully it will be the type of thing where the fans just demand it. I would love to make another one.

MG: You also recently wrapped on two very different films “Burning Dog” and “A Tigers Tale”, tell us about these?
GG: “A Tigers Tale” is a complete family movie. It is really sweet and has these two Bengal tigers in it. I did that because I really wanted to do something different. I mean I got to work with real Bengal tiger cubs and I couldn’t pass up an opportunity like that. It is a straight forward family film but there are some really amazing moments in it. It just mixes things up. Then I also did this film called “Burning Dog”, with Trey Batchelor directing, which was super cool. I produced the film as well. It is like a first person shooter movie. So the main character is the camera and you ride along with these two cops and I play one of the cops. It was awesome. So keep an eye out and spread the word about “Big Ass Spider!”