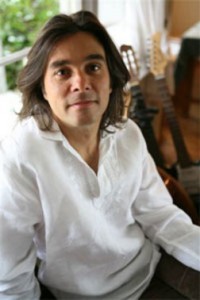 Mike Gencarelli: How did you approach the score to “Despicable Me 2” and how did it differ if any from working on the first film?
Heitor Pereira: With the first one there was a lot of time spent looking for the right tone and themes. I was also trying to find my way of incorporating some of Pharrell’s material into the score. It worked to a point but I still had to find the right themes for the Minions, the bag guys etc. I got to work together with Pharrell quite a bit on the first film and I would say that there was a lot of influence from him in my score actually. In the second film, for scheduling reasons and other things the job was more divided. He wrote the songs and I completely wrote the score. My goals were to find out how to take advantage of Pharrell’s great energy in the score. The new one was all about discovering the melodies that would go hand and hand with the old melodies for the Gru and the girls. Additional I had to find the tones for Lucy, the purple Minions, El Macho and his three different incarnations. The process I focused on was to try and keep the original themes of the main characters and still at the same time create new music.

MG: Sticking with this franchise, tell us about what we can expect from “Minions” next and how do you plan to approach?”
HP: Coincidentially, I just had a meeting with the directors and it is a completely different project. I won’t say much because the fun is actually the surprise. I also can’t say much about the score because I haven’t written a note yet [laughs]. I saw parts of the movie since it is not yet finished and I know that it is so different and it is definitely going to generate different music, which makes it more fun for me. So I am very excited about getting started.

MG: Besides the “Despicable Me” series, you’ve worked with tons of other kid/family films; what draws you to this genre?
HP: Look, I ask that same question to myself. I am be very dark also [laughs]. It seems like people prefer me smiling [laughs]. I could tell you that soon this will turn around and I will show how bad I am [laughs] but this is a profession and I am sure it will come around. What is nice is that I am a family man myself, I have two kids and I love making this type of music. It is a part of my life right now and I am not neglecting it, I am living it and enjoying the opportunities to the full. I am telling you though that orchestrally it is actually much more demanding than live-action. In terms of composition, because it is animation, the picture changes a few times a week. So that means that the music also changes very frequently. So it is a very challenging world but I love it.

MG: What else is in the cards for 2014?
HP: It’s funny because IMDB lists me as composing “Alvin and the Chipmunks 4″…but I am not unless someone hasn’t told me yet [laughs]. But I am actually have a film called “If I Stay”, which is directed by R.J. Cutler who does TV’s “Nashville”. It is not for little people at all. It is with Chloë Grace Moretz. It is a beautiful movie and very sad but perfect for me. Things are mixing up a little bit, so I am very lucky.