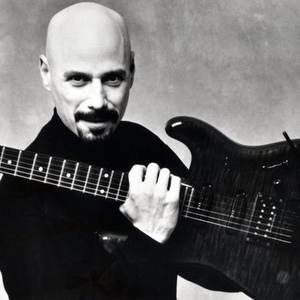 Bob Kulick is a Grammy Award winning producer with credentials that read like a who’s who of music royalty. Bob is also the older brother of ex-KISS/ current Grand Funk Railroad guitarist Bruce Kulick, and has performed on stages around the world with groups such as Alice Cooper and Meatloaf. Bob’s newest production project “Thriller: A Metal Tribute to Michael Jackson” was recently released via Cleopatra Records and Media Mikes was fortunate enough to speak with Bob recently about the release and his longtime relationship with KISS.

Adam Lawton: Can you tell us what initially sparked your interest in music?
Bob Kulick: My cousin played guitar and during family functions she would often play her acoustic guitar. My sarcastic, Brooklyn mother would always say things like “why can’t you do something like that”. It was sort of a dare on her part. My cousin started showing me the basics and when The Beatles came out the seed was planted. I do recall that even before that when I was a child in school we went on a trip to the Brooklyn Academy of Music. The orchestra there performed Ravel’s “Bolero”. I remember sitting there with my mouth hanging open and I just started to cry. I couldn’t understand what was happening to me. The gift I was given was announced that day. That was the birth of my gift and I just couldn’t recognize it initially. That was something special. I went on to college and did all that stuff but I still wasn’t happy. My gift was music and that is what I wanted to do. I knew if I applied myself and gave it the one thousand percent that it needs I would get the result I wanted.

AL: Having worked with everyone from Meatloaf to Alice Cooper at what point did you start to notice your transition from a performer to a producer?
BK: Being a studio musician afforded me the look see at people who I probably wouldn’t have ever gotten the chance to work with otherwise. The stuff I did with Diana Ross was one of those instances. She was dating Gene Simmons from Kiss at the time and he called me from the studio one day to ask if I would come in and play a solo. I went in and ended up playing the solo on her number one hit single “Why Do Fools Fall in Love”. Hanging around with people like that and utilizing my brain really helped. I got to watch guys like Eddie Kramer and Tony Bongiovi work so I just watched everything. I never was really interested in engineering as I was more interested in song creation. When I met my mentor Dick Wagner who worked with guys like Lou Reed and Alice Cooper I really got a firsthand look at somebody who was an arranger and a writer. Dick was also the guy who hired me to fill in for Steve Hunter on the Australia/New Zealand leg of the Alice Cooper tour and to play on Mark Farner’s solo record. I learned all the little tricks from him. It also became apparent to me at this time that the business was changing, as was the music. After being out on the road with Meat Loaf, Paul Stanley and Diana Ross my desire to be out on the road constantly had also started to die down. I said to myself that I wanted to try producing so that’s what I did. I met my first partner Billy Sherwood who had a studio here in Los Angeles and when he got the gig in Yes he handed me the keys and I started getting hired to work on projects which included a series of tribute records I did which included a Metallica tribute album that ultimately won me a Grammy. As of late I have started performing more regularly. I have been doing charity gigs as well as some Kiss tribute band gigs. I was part of the pre-Kiss Kruise kick-off party this year in Miami. 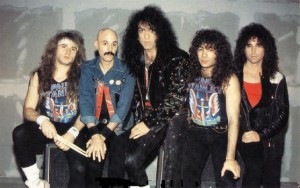 I also jammed recently with Dick Wagner and Mark Farner at another event. It’s been nice to rekindle that fire and show myself that I can still dish it out. I even still look the same, as I haven’t lost any hair. (Laughs) It was like getting back on a bike after not riding for a while. It’s a blessing to be able to do both and to see and talk to the fans. I am very lucky, blessed and grateful.

AL: You have been working with KISS on and off almost since the bands inception. What do you think has been the biggest contributing factor to that ongoing relationship?
BK: My visibility with the band has been several fold. I have participated not only as a player on records and as part of Paul’s 1989 solo tour but I also have worked with the band as a writer. Even now I still get up and jam with the guys at various Kiss type events. Because of my visibility with the band I have been dubbed the 5th member of KISS. (Laughs) I have played on a number of KISS tracks like “Nowhere to Run”, “Rockin’ in the USA”, “Partners in Crime” “All American Man” and “Larger than Life”. There is quite a wealth of work there. The band has thought of me enough over the years that they even interviewed me recently as part of a new KISS documentary. It’s great that Gene and Paul acknowledge the times we had together. During the time of Paul’s solo album he was by best friend. People always ask me about that experience and what it was like working on that album. It was great! I got to hang out with my best friend. There was no pressure and it was fun. That’s why it came out so good. Paul would show us the songs and we would play them a couple times until we thought we had it and that was it. It was very organic. Everyone was really professional.

AL: Can you tell us about your work on the recently released album “Thriller: A Metal Tribute to Michael Jackson”?
BK: Michael Jackson even after his death is still one of the biggest stars in the world. The second album I did with Diana Ross he wrote the song “Muscles”. I was always fascinated with him and would often ask Diana what was up with him. (Laughs) After the work I did on Dee Snider’s Broadway album and the Frank Sinatra album we decided to take that same attitude and idea and apply it to this record. We weren’t re-writing or changing any of the songs, as we wanted to remain faithful to the originals while at the same time being different. We came up with a tunings that worked and got some guys that could really dish it out. We got some classic metal guys like Chuck Billy and Paul Di’Anno along with Lajon Witherspoon, Corey Glover and Angelo Moore from Fishbone who did an awesome job! We were very lucky to have such a great group of musicians/singers be a part of this record.

AL: Were you involved with the song selection at all?
BK: We worked in conjunction with the label on that but all of the arrangements are my partners and mine. No one came to us with arrangements ahead of time, as these types of albums don’t generally work that way. We usually will cut the song as a template and then send it out to someone to see if they would be interested in doing it or not. By doing that the artist gets to see maybe not the finished product but they have the framework of what it is. 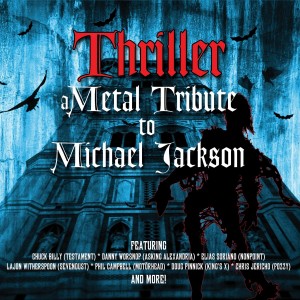 AL: Having done a number of tribute albums what is it that interests you in these types of projects?
BK: Some projects are harder to do than others. So the idea of putting together a track say for instance the Chuck Berry song “Run Rudolph Run” which we did for the Metal Christmas CD and getting guys like Lemmy, Billy Gibbons and Dave Grohl as the band is just crazy. No one but me is doing things like that. I am the guy who comes up with these creations. A lot of times the creations are what make the people want to show up and be a part of these projects. That’s how Tim “Ripper” Owens got connected with Yngwie Malmsteen. I put them on a track together and Yngwie loved it! For me it’s all about making exciting concepts of these songs through the arrangements and through the combination of people who play and sing on them. The word tribute really is just a title. People have been covering songs for years and I am a guy who likes to stir the pot. It’s just music which is about the fun and I like to push the envelope.

AL: Can you tell us about any other projects you are currently working on?
BK: I worked on a song for Dee Snider and Giuliana Rancic from the E! Channel which available now on ITunes. We did a very unique arrangement of “Silent Night”. This is a really cool version of the song as you don’t know what you are getting until you start listening. I also have a few other projects in the works however I can’t announce any of those just yet. I also have been working with my brother Bruce on some songs that we hope to have out early next year. The idea with these songs is to keep things within the boundaries of our audience. We want to make songs that people who enjoy our work will like.