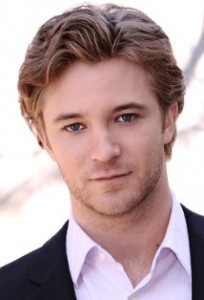 Michael Welch is probably best known for his role as Mike Newton in the super successful “Twilight” saga. Michael has also appeared in a number of other films and television series such as “Bones”, “Criminal Minds” and “CSI: NY”. Michael’s latest film “the Demented” was recently released on Blu-ray and Media Mikes had the chance to talk with him about his role in the film and what he likes most about working in the horror genre.

Adam Lawton: Can you tell us about your new film “The Demented”?
Michael Welch: The film has a pretty basic concept. A group of college friends take off on break to hang out at this really nice house. As the story progresses things start to happen and the house begins to be attacked by zombies.

AL: Can you tell us about your role in the film?
MW: My character is the exact character that I would want to play in a film like this. I play the rich kid whose house everyone goes to before the zombies start attacking. My character is just looking to have a good time. He is very charismatic in his own way but doesn’t appear to be a particularly good guy. He’s basically looking at getting laid and getting paid. (Laughs)

AL: Were you allowed any creative freedoms with the role?
MW: I pretty much did what I wanted to do. That’s really how I approached this role. From the very first audition I knew how I wanted to play this role. I figured a character like this was going to have a lot of confidence that verged on cockiness. I went in to those auditions with my version of the character and lucky for me they liked it. As far as the dialogue went I think there were a few spots of improve that happened.

AL: What do you think was the most difficult part of the shoot?
MW: We shot the film in the middle of summer in the swamps of Louisiana. It was super muggy and the heat was just debilitating. To keep your energy and spirits up in that type of climate was very difficult. 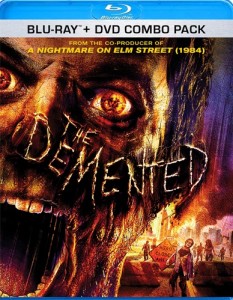 AL: Having done a few other horror themed films. Are you a fan of the genre?
MW: I am a huge fan of film in general. I like good story telling. I love horror films! I don’t know why I like being scared but I just do. (Laughs) I also enjoy Sci-Fi which has gotten really good in recent years. Story telling is exploring about what is interesting about life. To be able to go to the extreme and see what’s really possible is something I like doing.

AL: Having appeared in both television and film features is there one direction that you see yourself leaning more towards recently?
MW: In the past things were pretty clear on how everything played out. You would start in television and hopefully if you were lucky you would make it to films. That’s not the case anymore. I think for the most part the best onscreen story telling that’s happening now is being done through television. There are a number of incredible shows out there right now. Ultimately it doesn’t matter to me. Be it film or television as I just want to contribute in my own unique way to the stories that people have to tell and to be able to make a living doing so.

AL: Can you tell us about some of your other upcoming projects?
MW: Earlier this year I appeared in a film titled “Hansel and Gretel get Baked” which has done very well for the most part via digital distribution and Redbox. The film has turned into somewhat of an underground hit so I am really happy about that. I also have two films coming out later this year. The first one is titled “Grace Unplugged” and the other is titled “All the Boys Love Mandy Lane” which is a slasher film I did about 6 or 7 years ago. I am very happy that the film is finally going to see the light of day. Things are going really well and I am trying to work as much as I can.