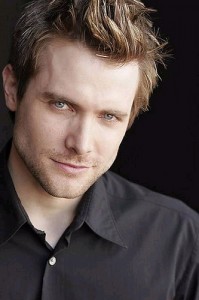 Neil Hopkins is known best for his role of Liam in ABC’s “Lost”, Neil takes on a basically one man show in the film “Detour”. The film features his character getting caught and captured in a mud slide and his struggle for survival. Media Mikes had a chance to chat with Neil about the film and his role.

Mike Gencarelli: Tell us how you got involved with the film “Detour”?
Neil Hopkins: I knew William Dickerson, the writer and director. We went to the same school, Holy Cross but at different times. He looked me up when he got to Los Angeles and said he wanted to work together. We worked together on this thesis project in his third year at AFI, a short film called “Shadowbox”. That turned out very well and I knew that he had been working on this film “Detour” for a long time. Him and his writing partner Dwight Moody wrote this going back to 2008. So it predated all of the other similar films like “Buried”, “127 Hours” and “Wrecked”. It just took a long time to get it made and then even longer to get it released. He wanted to have control over the film and decided to do it with a micro-budget. So he called me up and said he wanted to play this part and that was back in January of 2010. We had about six months before shooting and we got a chance to work together on the script. It was a very collaborative process. I think we came up with a really cool product. Even though it was a very grueling and difficult process it was still a lot of fun.

MG: Where you ever concerned having to carry this film mostly on your own?
NH:  Absolutely! I think any actor would be. But it was also very exciting to have the opportunity to do something like 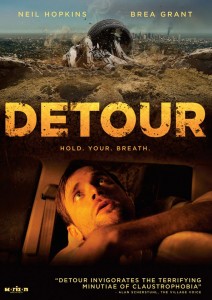 this. It was one of those opportunities that you just couldn’t say no to. I just threw myself into it and tried my damnedest and fortunately I think it turned out pretty well. It was nerve wrecking for me since if people didn’t like my performance then the film wouldn’t work at all. So that was very apparent to me but it has been very well received and has been a very exciting journey. It is also very cool to have a role like this under my belt.

MG:  Your character becomes like MacGyver after he is trapped. Did you do any special research in preparing for the role?
NH: Will and Dwight has worked on the script for so long that they has already done so much of the research needed. It was a very detailed script in terms of action and the building of the gadgets. But there was also a lot of things in the script that we were able to work with in the moment. So certain things changed based on that aspect during shooting. In terms of how I prepared for the role, I just put myself in the situation of how I would react if I was thrust into the same situation. I asked myself “How would you keep from going nuts?” So the details in the script assist that as well in order to find the arc very well.

MG:  Tell us how it was the car scenes shot to accomplish that trapped feeling?
NH: It was actually quite simple. The film was shot in chronological sequence. We had to shoot it that way since we only had one car and we had to get it right on the first try. We couldn’t fill the car up with mud and then figure out that something was wrong and had to reshoot. It was a type of high-wire act since we knew we couldn’t go back 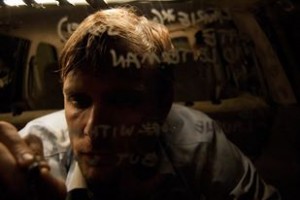 once we started. The car itself was this jerry-rigged Jeep Cherokee. There is this garage that rigs cars specifically for movies and the car had the option to slide the doors off, the dashboard, the roof…whatever we needed. What they did for the mud, which I think worked very well, was that they used mud rugs. It is basically like a carpet sample and they put them against each window. On each rug there was a combination of latex painted to look like mud and then real mud on top of that. So 360 degrees around the car was covered in mud. So it really created this effect of being completely submerged. I thought that was really cool and I like simple solutions like that.

MG:  What you got coming up next?
NH: Will and Dwight are working on their next script. So we are looking to start shooting that in the Fall. I am very excited about that. It is very different film from “Detour”. It is going to be really cool but I can’t talk too much about it now.