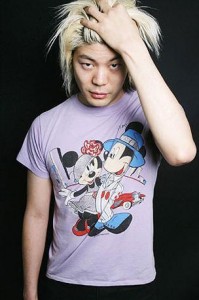 James Iha was the guitarist and co-founder of The Smashing Pumpkins which were probably one of the biggest and most successful alternative acts to come out of the 90’s. After the band disbanded in 2000 James went on to release his first solo record as well as recording/ performing with bands such as Perfect Circle and Tinted Windows. James recently released his second solo album titled “Look To The Sky” and Media Mikes had the chance to ask James a few questions about the release.

Adam Lawton: What was it that interested you in doing a second solo album after a 15 year break?
James Iha: After the smashing pumpkins broke up in 2000 I needed a break from being in a band. I ended up starting a studio and a label. From there I began representing and producing bands. I think around 4 or 5 years ago I started writing and recording for myself.  It took longer than I thought but there was no deadline and no label so I just took my time until I felt it was right.

AL: For you personally what was the biggest difference working on this record compared to your first solo album?
JI: Time and experience. I have learned a lot by working with different artists over the years. The music scene has changed a lot as well so I felt kind of felt free to experiment and do different things. That sort of sums up my last ten years.

AL: Is the material contained on this release material you have worked on over time or is it newly written material?
JI: There are some older songs that were written maybe 4 or 5 years ago. Then there are some like “Waves” 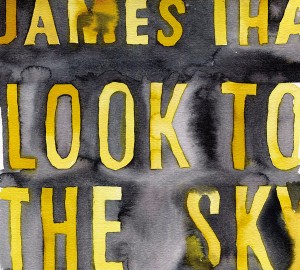 and “Summer Days” which were written right before I turned in the record. Everything was all done in the last couple of years

AL:  How does working as a solo artist compare to working with some of your previous groups?
JI: It’s a big difference. It’s great to work on your own without having to consult or ask anyone’s opinion. You just can go in and make music.  The downside of that is without anyone to bounce ideas off or get someone else’s parts it can be tough but that’s what a solo artist is compared to being in a band

AL:  Do you have any plans to tour in support of the album?
JI: We have been touring across the US and have also made our way over to both Europe and Japan. We hope to be able to do more in 2013!