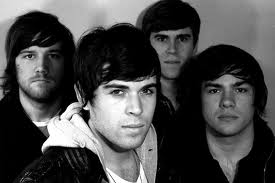 The Gallery is a four-piece indie rock band that originated from the eastern New England area of the United States. The band consisting of Dave Mozdzanowski, Ben Lozan and brother’s Brendan and Ryan Cooney have been making and performing music together all of the states now for almost 5 years. On February 26th the band will release its new full length album titled “Restless”. Media Mikes had the chance to talk recently with both Brendan and Ryan about the bands formation and the making on the band’s new album.

Adam Lawton: Can you give us some background on how you all met?
Brendan Cooney: Ryan and I are brothers, so we have known each-other quite some time now. (Laughs) Ryan and Dave started playing together in a band (under a different name) during high school, which I later joined. After a few member changes we became “The Gallery.” We stuck together through the college years by all transplanting to Florida, until we hit the road for our first national tour in 2009. Now fast forward to 2012. Our new guitarist, Ben, was attending Berkley College of Music when he responded to a Craigslist add we had posted, after recently losing our guitarist, Shea. He was very persistent in getting the opportunity to audition, so we figured there was nothing to lose. He showed up to practice having learned all of our current songs flawlessly. We were all really impressed, but most importantly his personality fit the dynamic of the group perfectly. Long story short, Ben dropped out of school and packed his bags for California. I don’t think he has any regrets as of yet. 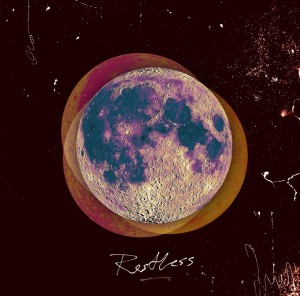 AL: How does the new album differ from your previous EP release?
Ryan Cooney: I think one major difference is the addition of our new guitarist Ben. Naturally our sound changed a little bit because of his different influences, tendencies, etc. As a group we decided we wanted to pursue a “rockier” sound for this album while not straying too far from our roots.

AL: Can you tell us how you got involved with indie gogo?
BC: Our producer Warren Huart was encouraging us to get back in the studio, but finances were a concern. We were kind of on the fence of doing a fundraiser, because we felt it is was a lot to ask of our fans, friends, and family who have already done so much for us. But after looking more into it, we decided it wasn’t so bad of an option as long as the rewards were worth people’s donations. In the end we raised the funds needed and we couldn’t be more appreciative of all the support from those who donated. Without all those people this project wouldn’t have become a reality.

AL: What was your initial response to the fans donations?
RC: Well, we have had the opportunity to meet some amazing people over the years through this band. People encourage us with their words all the time, and it’s a whole other level when they trust you with their money to go in and make a record they haven’t heard. It’s crazy when you start to realize that people besides our moms like our music. We are honored to have the opportunity to make this record because of the generosity, and faith that our friends and fans have.
BC: At first we were worried we wouldn’t raise enough. In this economy it’s hard to let go of money for something that you may not reap the benefits for until months later. Our initial reaction to the generosity of our fans was shock. We couldn’t be more thankful that so many 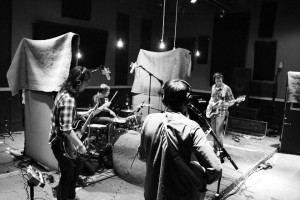 would invest their money into something that they haven’t even heard yet. Without that kind of faith, we would still be brainstorming how to fund this project.

AL: What was it like working with producer Warren Huart?
RC: It was great. Warren has such a great ear, and a real ability to translate ideas or a vision into a great sounding recording. We have a lot of fun doing pre-production for songs with him, and seeing them really come together as a team in the studio. He helped us out in so many ways over the last three years, and we wouldn’t be where we are now without the opportunities he’s given us. He has had some great experiences, working with Jack Doulas, Aerosmith, and some newer bands we love like Augustana and The Fray, so after hearing those records we knew he’d be great for the kind of record we wanted to make.

AL: Do you have plans to make a video and or tour in support of the release?
BC: Yeah we are currently brainstorming video ideas for a couple songs with film guru/ friend Mike Barone. Be on the lookout for those shortly after the release.
RC: As for touring, we hope to be on the road more than ever this year. We have 3 CD release shows booked for LA, West Palm Beach, FL, and Western Massachusetts, where we grew up to kick everything off. We can’t wait to play the record for everyone.