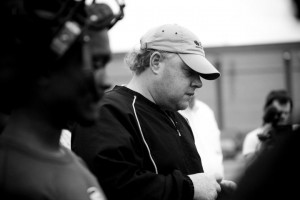 You may not know the name Bill Courtney but if you’re lucky you know, or knew, someone like him. Courtney was the volunteer head coach for the Manassas (Tennessee) High School football team for seven years. Even though he has his own business and a large family of his own, Courtney takes time out every day to make sure that the boys at Manassas that want to play football can. “Football doesn’t build character,” the coach believes, “it reveals it.” During what would be his final season at Manassas, the coach and his team were followed around by a camera crew highlighting O.C. Brown, a player who, reminiscent of the story of Michael Oher which was told in “The Blind Side,” was being helped along by a local family to ensure he studied hard so that he could go to college. But the camera captured much more. The resulting film, “Undefeated,” went on to win last year’s Academy Award as the year’s Best Documentary. While preparing for the film’s release this week on DVD, Coach Courtney took time out to talk with Media Mikes about football, his players and why people in Tennessee are so giving.

Mike Smith: I have to ask – The Touhy family took in Michael Oher. The Finley family took in Patrick Willis. (NOTE: Willis, from Bruceton, Tennessee, was taken in by his high school basketball coach and his family. What’s incredible about these stories is that earlier this year Oher and Willis squared off against each other in the Super Bowl). Yourself and your coaches at Manassas. Is there something in the water in Tennessee that gives people such great hearts?
Bill Courtney: (laughs) I’ve done about 100,000 interviews and that’s the first time that question has been asked. I don’t know! In the South we still teach civility and humility…love for your common man. Maybe that translates to this. I haven’t really thought about it. There are people all over this country that do wonderful things for kids in all kinds of communities. The truth is I think we just happened to have our stories told. I think we’re just representatives of a whole community of people from all over the country that do lots of things to help the neediest. We were just the lucky ones to have our stories told. 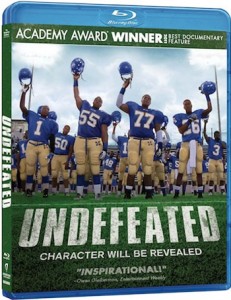 MS: What was the initial idea pitched to you from the filmmakers when they approached you about filming you and the team?
BC: The local Memphis newspaper, “The Commercial Appeal,” and their sportswriter, Jason Smith, wrote a story about one of our players, O.C. Brown, living with Mike Ray, one of our offensive line coaches, and his family and me driving him back and forth from school in order for him to get tutoring so that he could get qualified to go to college. The producer of the film read the story on line while he was surfing through some recruiting websites. He’s a big University of Tennessee fan and Tennessee was recruiting O.C.. When he saw the story he thought it might make an interesting, small documentary. He called me and we met so he could hear more about that story. When they got here they found out the greater story of Manassas…of the coaches and all the kids…and decided that there was a bigger story to tell. He told me he was going back to L.A. to get funding to make a movie. Of course, when he left we all thought that was the last time we’d see him but four weeks later, after closing up their apartments and selling off their belongings the filmmakers moved to Memphis on a shoe-string budget and started making a movie that nobody thought anybody would ever see. And lo and behold…here we are!

MS: How did the team react with the cameras constantly following them around? Was it an intrusion or did they get used to it?
BC: It would be pretty disingenuous to say that at first the kids and the coaches weren’t aware. But also, you just had two guys with two small cameras. There were no boom mikes…no lighting…no sound. It was two guys with what looked like camcorders. That’s what the entire movie was shot on. So it really wasn’t this big production, which made it less intrusive. I don’t know if I’d believe this if I hadn’t gone through the experience but, honestly, after three or four days…after a week…you kind of get used to it. They worked so hard to know the players and the coaches and the teachers that, when they weren’t around, people were more cognoscente of it. “Hey coach, where’s the film guys?” “I don’t know.” The days they didn’t show were stranger then the days they did because they were there almost every day for a year. You honestly eventually just get used to it.

MS: I see that O.C. transferred this year to Austin Peay. How is he doing, both as a student and as an athlete? (NOTE: At the end of “Undefeated” O.C. is admitted to Southern Mississippi University).
BC: I just saw him at Christmas break and talked to him last week. I still talk to all the guys regularly. O. C. had some struggles with his grades and Southern Miss had a coaching change. The coaches that were there were really fond of O.C. and worked with him really hard to keep him where he needed to be academically. But I think after the coaching change O.C. was uncomfortable. He transferred to Austin Peay and started nine games this season. He hurt his knee and missed the last two games and now he’ll be starting next year. I’ll have three former players starting on the offensive side of the ball at Austin Peay next year. I suspect I’ll be making some travels up to Clarksville to watch those guys play.

MS: When we announced we were going to interview you the question we were asked most to ask you was if you still keep in touch with Money and Chavis? And if so, how are they doing? (NOTE: Chavis Daniels and Montrail “Money” Brown are two of the young men whose stories feature prominently in the film)
BC: Absolutely! You have to remember I was a coach at Manassas for seven years. I’ve known most of these boys since they were in sixth or seventh grade. I’m still very, very fond of them and am probably still their biggest supporters. Chavis is doing well. He goes to Lane College in Jackson, Tennessee. He’s playing football – outside linebacker – and is still In school. He’s doing very well. Money…when O.C. left Southern Miss he left Southern Miss as well and is enrolled in community college here in Memphis. Most importantly he just got back from North Carolina where he was trained as a Young Life educator and is now setting up Young Life chapters in the inner-city schools all over Memphis to do devotionals and mentorships with inner city kids. I actually spoke to Money yesterday and he’s got as many as fifteen kids in different chapters in the Memphis city schools and he goes in the mornings and talks with them and helps mentor them. Money has found a calling to give back in the way he was helped and he’s still in school. The guys are doing really well. I couldn’t be more proud of them.

MS: When the film ends, you’ve left Manassas to coach your son’s team. Your first game was against Manassas. What did it feel like to be on the opposite sideline? 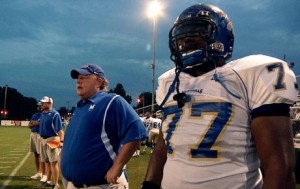 BC: It was terrible. There was enormous trepidation leading up to that game personally, obviously. I mean those are like my sons over there, you know? I love them. And to have to go coach against them was really a very difficult thing for me. It was difficult for them as well. I was so glad when it was over with. It was tough. Very tough!

MS: Thank you so much for your time, coach. I have to tell you, when I watched the film, it made me think back to my high school days. I owe a lot to my coaches for keeping me on the straight and narrow.
BC: I appreciate that. I honestly think that’s why so many people across all kinds of cultures and racial divides identify with this movie because they either remember a coach that did something for them that impacted their life in a positive way or are coaches doing that very thing. I think this film brings out the humanity in that. I appreciate you saying that…thanks for the kind words.