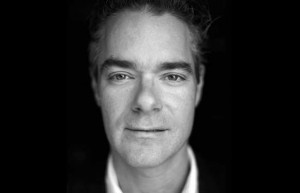 A fan of both film and music, Marco Beltrami decided to incorporate both loves while attending the Yale School of Music.  An internship at USC with Oscar-winning composer Jerry Goldsmith started him on the illustrious path he has found himself traveling down.  His more popular scores include “Scream,” “I, Robot,” “Hellboy,” “The Flight of the Phoenix,” and “The Woman in Black.”  He earned Academy Award nominations for his scores for “3:10 to Yuma” and the Oscar winning Best Picture “The Hurt Locker.”  This year he scored no less then five films, including “The Sessions” and “Trouble with the Curve” and his music will be heard in 2013 in such anticipated films as “Carrie,” “World War Z,” “A Good Day to Die Hard” and “The Wolverine.”  Mr. Beltrami took a few rare moments away from his work to talk with Media Mikes about Jerry Goldsmith’s advice, his favorite film genre’s and his very busy 2013.

Mike Smith: What led to you pursue a career in composing?
Marco Beldrami: A moment of madness, I guess (laughs). Since I was very young I’ve always been into music. When I was younger I remember watching the early “Spaghetti” Westerns and being very influenced by both the films and the scores. How they related to each other. I went to school and I actually got a liberal arts degree in geology and then in urban planning but I later realized that music was what I wanted to do. I went to the Yale School of Music and that’s when I realized that some of the most exciting things that were happening in music were happening in film. Film music doesn’t really have any limits on it. It embraces the new technology as well as the classical orchestra. To me there is something powerful about putting music to image. I became hooked. I came out to California to do an internship with Jerry Goldsmith at USC and from that point on I was hooked. (NOTE: Readers, Jerry Goldsmith was one of the greatest film composers EVER. Popular scores of his include the original “Planet of the Apes,” “Star Trek: The Motion Picture” and the original version of “The Omen,” for which he won his only Academy Award).

MS: When you’re hired to score a film do you begin to draw ideas by reading the script or do you wait 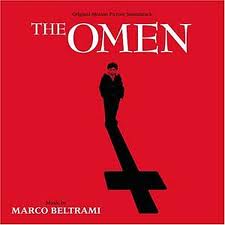 until you have actual footage to look at?
MB: To me the script is a horrible way to start working on a film’s score because it can be deceiving. You really need the image. A script can be treated in so many different ways and the music is all about nuance.

MS: You mentioned that your mentor was the great Jerry Goldsmith. What’s the best piece of advice he ever gave you?
MB: To be as economical as possible…to say as much as possible in as few notes as possible. To write as simply as possible for the orchestra. Coming from the background I came in there was a pride in being able to embrace simplicity, which is one of the most important things I learned from Jerry.

MS: Jerry Goldsmith won his only Oscar for his score for “The Omen.” How important of an assignment was it to you when you were picked to score the 2006 remake? (NOTE: Readers, Jerry Goldsmith was nominated 18 times for an Academy Award, not only for the scores mentioned above but others including “Chinatown,” “Poltergeist,” “Hoosiers” and “L.A. Confidential.” Next to John Williams he is my favorite composer).
MB: I found it to be a great honor and also quite daunting. Speaking of simplicity, Jerry’s score to “The Omen” pretty much consisted of three notes that everything branches off from. And I tried to keep that spirit of a minimalist state…not a minimalist style but a minimalist state…of writing in my score. I was very aware of his presence.

MS: You’ve done a few scores of film remakes – “Flight of the Phoenix,” “3:10 to Yuma” – as well as some film sequels. When working on those films do you feel an obligation to work in some of the original film’s score in your score as a nod to fans of the original film?
MB: Usually no, unless there’s a reason to in the picture. In the case of the new “Die Hard” I am trying to keep the flavor because I am very much aware of the fans of the films. It’s different then on a film like “3:10 to Yuma,” which just stands on its own and isn’t part of a franchise.

MS: Do you have a favorite film genre’ to compose to?
MB: Not really. The only thing I’m not real keen on, and that’s probably because I’m not excited about them, is romantic comedies. I don’t have much desire from them. They’re just not interesting to me musically.

MS: Clint Eastwood fancies himself a composer occasionally. Did he offer you any tips for your score on “Trouble With the Curve?”
MB: (laughs) No, he left that job up to the director. 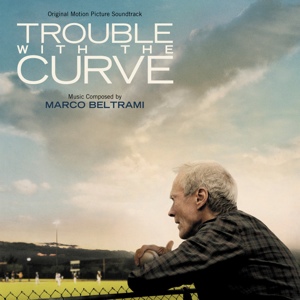 MS: You have no less than six films being released in 2013. Do you often work on several different scores simultaneously?
MB: It sometimes seems that way. The film industry is in a constant state of flux so sometimes projects often overlap. It sometimes works out as a nice change of pace to go right from one film to another. Sometimes it can get a little hectic but that’s the nature of the business.

MS: The last film on your schedule is “The Wolverine.” Anything planned after that?
MB: I have a new Tommy Lee Jones picture called “The Homesman” which will begin filming this spring.

MS: Is there a fellow composer working today whose work you really enjoy?
MB: There are quite a few people. The most recent score I really liked a lot was Fernando Velazquez’s score for “The Impossible.” He did a great job on that score.

MS: Has there ever been a film you would have liked to have written the score for? And have you ever just sat down and written music for a film that’s already been released –not an entire score but maybe a theme or two?
MB: That happens quite often. You see a film and you say, “oh shoot, I wish I had done that!”