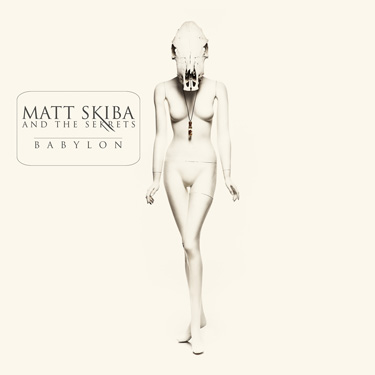 To celebrate the release of Matt Skiba and the Sekrets debut album “Babylon” Media Mikes and Century Media Records want to giveaway 2 copies of the album and 1 signed poster. If you would like to enter to win one of these great prizes leave us a comment below or send us an email telling us the first album you ever owned. The giveaway will be open until Monday May 15th at Noon Eastern Time and is only open to residents of the United States. Only one entry per person, per household. All other entries will be considered invalid. Once the giveaway ends Media Mikes will randomly select one of the winners and notify them via email.

“Babylon” is the album debut from Alkaline Trio founding member Matt Skiba’s solo venture. With a large variety of musical influences contributing to the impeccable album, similarities to Alkaline Trio’s trademark sound are highlighted and combined with 80’s post punk elements. The result being a ten-track offering of addictively dancy rock and sing-a-long melodies. The Sekrets are made up of AFI bassist Hunter Burgan and My Chemical Romance Drummer Jarrod Alexander who both played on the album.