Celebrate Earth Day with Media Mikes and BBC, as we would like to giveaway some amazing prizes. If you would like to win one of these great prizes below, all you have to do is “LIKE” our Facebook page and then post “BBC” and the name of your favorite nature program i.e. “Frozen Planet” or “Planet Earth” etc or leave us a comment below if you don’t use Facebook. This giveaway will be open until Sunday April 29th at Noon, Eastern Time and is only open to residents of the United States. Only one entry per person, per household; all other entries will be considered invalid. Once the giveaway ends, Media Mikes will randomly pick out winners and alert the winners via email. 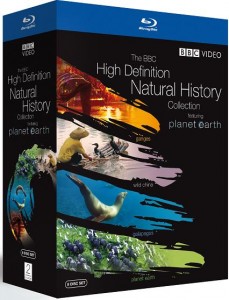 “Frozen Planet” Synopsis:
You’ll be filled with awe and amazement every time you watch this stunning BBC series about our planet’s best-loved, wildest and most elusive creatures, captured on breathtaking, high-definition film in the Earth’s most extreme habitats. Shot entirely in high-definition film, with revolutionary new aerial photography. From the team behind Blue Planet, including the esteemed and beloved Sir David Attenborough.

Also be sure to enter “ULTIMATE POLAR BEAR ADVENTURE SWEEPSTAKES” courtesy of BBC Home Entertainment and Tauck. You can have a chance to win a once-in-a-lifetime opportunity to observe these magnificent, endangered polar bears up close as well as discover the rich human and natural history of Manitoba, Canada. To Enter, Visit: www.frozenplanetdvd.com. Only persons residing in Alberta, British Columbia, Manitoba, New Brunswick, Newfoundland and Labrador, Northwest Territories, Nova Scotia, Nunavut, Ontario, Prince Edward Island, Saskatchewan, United States and Yukon who are at least 21 years of age can enter. NO PURCHASE IS NECESSARY.