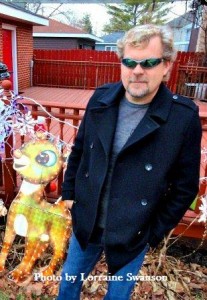 Rick Goldschmidt is the current Rankin/Bass Historian and Biographer. He is a lifetime for an Rankin/Bass’ work. He has published three books to date about their work including his latest called “Mad Monster Party”, which focuses solely on that film. Rick is also a musician and has worked with members of the band Gin Blossoms. Media Mikes had a chance to chat with Rick about Rankin/Bass and also his book.

Mike Gencarelli: What was the first Rankin/Bass production that made you a lifetime fan and their current historian and biographer?
Rick Goldschmidt: I think it would probably be “Rudolph”. That is still probably my favorite of the bunch. I like the simplicity of it especially the design work by Tony Peters. I really think it’s their crowning achievement. “Mad Monster Party” runs a close second as I am a big Jack Davis fan. I like the classic monsters.

MG: What was your most challenging part making your first book “The Enchanted World of Rankin/Bass”?
RG: Rounding up as many images as I was able to get was probably the hardest part. Rankin/Bass really didn’t save much. A lot of their stuff went into dumpsters. Years later I found out from some friends that the Rifkin/Bass office used to be above I think the TV museum in New York. I actually got a Jack Davis painting from a friend of a 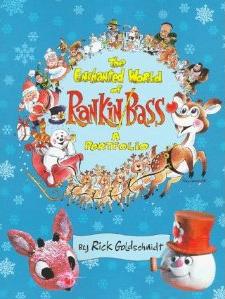 friend who stated he garbage picked it. They really didn’t hang on to a lot of their artifacts. I had to go out and search conventions and toy shows.

MG: The book is currently out of print, any idea when another printing will be released?
RG: I still do a print on demand type of thing. They are still available but on a very limited basis. I think going into Christmas of this year we may go in and update the book and do more of a mass printing. It will probably be similar to what we did with the “Mad Monster Party” book. I am going to try and do an Easter book and cover “Here Comes Peter Cotton Tail”. Vincent Price was a big part of that as Evil Iron Tail. I think that had a big influence on Tim Burton. That was a very gothic type character.

MG: Tell us about your latest book “Mad Monster Party”?
RG: I have been collecting a lot of stuff related to “Mad Monster Party” and “Rudolph” especially as they are my favorites. The Jack Davis aspect was a big part for me. That’s sort of how I found Rankin/Bass by talking about “Mad Monster Party”. Jack was still doing odds and end for them and in fact he even did a newer version of “Mad Monster Party” with Arthur Rankin not that long ago. They tried to do something with CGI however I never got to see it because Arthur is pretty protective about things that don’t see the light of day. I am always trying to find out more about the classic holiday specials because I really enjoyed those works the most.

MG: What do you like most about stop-action animation compared to CG which is commonly used today?

RG: I think the stop motion stuff has a completely different feel. Arthur Rankin describes it as a warmer style of animation. The CGI stuff comes across colder. 85-90% of what’s being done in CGI these days is not looking unique. There is a lot of it out there that doesn’t have any particular style or finesse. Even thought they were CGI assisted I prefer Tim Burton’s work on things such as ”The Nightmare Before Christmas” and “The Corpse Bride” over a lot of the CGI films that are out. I did like Pixar quite a bit because they focused on the story over the CGI however, when I saw “Cars 2” the story went completely out the window. I think Disney’s involvement with the company has hurt it more than helped it.

MG: Do you still keep in touch with Arthur Rankin Jr. and Jules Bass today?
RG: Yes. Jules is not as open to doing discussions about Rankin/Bass and his previous work. He is not very involved in that kind of thing but Arthur still talks about that stuff and I talk to him on occasion. Arthur has sort of always been the voice of Rankin/Bass. Jules was more involved with the voice actors and songs. He has moved on and written books for children. He recently had one of his novels “Monte Carlo” adapted into a movie. I was surprised that that film finally got made as I had heard some time back that Nicole Kidman had bought the script and that she was going to star in it with some other big name actresses. I have heard before that “Mad Monster Party” was going to be made into a motion picture also but I don’t know how you would do something like

that. The charm of that movie is the puppets.

MG: What is next for you and Miser Bros. Press?
RG: I am definitely going to do the Easter book and have it ready to come out on Easter. I have some cool things that I want to put in it. I want it to look very Easter candy basket. Their specials for Easter make the holiday for me as they really capture the spirit of the holiday. We will probably also being doing some updates to the first two books and release them in mass printing form.