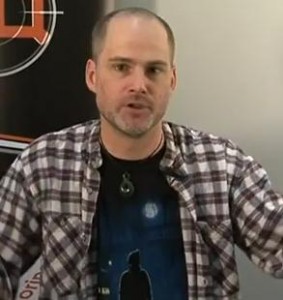 Born in New Zealand, Wayne Stables turned his interest in computers into a computer science degree. His first foray into the field was the creation of education software that encouraged a more graphics-oriented approach to learning. In 1994 he joined the staff of Peter Jackson’s WETA Digital Company, where he worked on such films as “Contact,” “The Frighteners,” “Avatar” and, of course, the Academy Award winning “Lord of the Rings” trilogy. His work can also be seen in “Shrek 2” and several films in the “Harry Potter” series.

His work can currently be seen in the new Steven Spielberg film, “The Adventures of Tintin” on which Stables served as a visual effects supervisor. As the film neared it’s opening date Mr. Stables took the time to talk to Media Mikes from his office in New Zealand.

Mike Smith: What time is it there (as the conversation begins it’s currently 6:00 pm Monday evening in Kansas City)?
Wayne Stables: It’s one in the afternoon on Tuesday. We get Christmas before you do. (laughs)

MS: That’s something to look forward to if you’ve been a good boy! You get your presents earlier.
WS: Of course it also means I get to work earlier on Monday morning (laughs)

MS: You obviously worked with motion capture on the “Lord of the Rings” trilogy. Is there a difference in your approach to the process for an animated film versus a live action feature?
WS: That depends on who’s making the movie. With Steven Spielberg on “Tintin” he created the motion capture process with the actors as if he was shooting live action. Shot for shot for shot. Directing them in a very traditional process. But the way James Cameron directed them in “Avatar” was slightly different. But 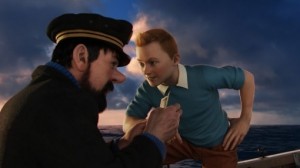 the technology itself doesn’t really change. I suspect it’s more what the director is comfortable with…how it fits in the way they work.

MS: After college you created educational software. What drew you to filmmaking?
WS: My first job was working on PCs….back when PCs almost didn’t exist. They would run four megahertz if you were lucky. And the educational software I was involved with was all based on graphics and sound. Even then, when I was writing software, graphics were a big part of my life. As for how I ended up in the film industry…the film industry at the time in New Zealand, at least at WETA Digital, was only a couple of people. You either came to it from a purely art background or a software background. And I came to it from a software background.

MS: Did you have any influences? Any visual effects people you admired?
WS: There were several people who I found amazingly inspirational. For me it started when I was very, very young with a movie called “Star Wars.” And then as I was growing up I saw movies like “Blade Runner.” And those movies played a fantastic part to me in my career. Getting to work with people from Industrial Light and Magic and other companies. There’s a huge list of people whose work I admire and respect. All of the people that came before I did, whose work has inspired me to do what I do today. There are so many but I really should mention Joe Letteri. The first time I saw his dinosaurs in “Jurassic Park” was one of those life moments when you think, “oh my God, this is amazing!” And to work with Joe, who had helped design the look of those dinosaurs, was pretty great. 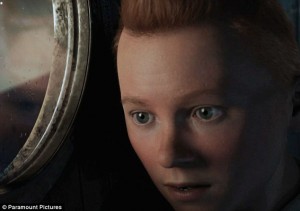 MS: Steven Spielberg is a very visual director. Was he easy to collaborate with?
WS: He was fantastic to collaborate with! He was very, very clear in his direction. He was very open and welcoming to ideas. I had a great time working on the film and working with him. The director is very, very visual. And he obviously knows his craft very, very well. He can look at something and give you very precise…very clear feedback on it.

MS: You are identified as Wayne “Taz” Stables in the end credits for the “Lord of the Rings” films. Any significance in your nickname?
WS: It’s from the Tasmanian Devil (the Warner Brothers cartoon character). It came from playing ball many, many years ago. There was another guy on my team also called Wayne as well. But I always wore a cap that had Taz on it and for some reason it stuck as a nickname. There are large numbers of people that use it that have no idea what my first name is. (laughs)