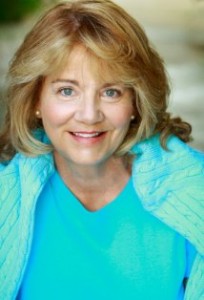 Betsy Baker is best known for her role of Linda in “The Evil Dead”.  Media Mikes had a chance to chat with Betsy about looking part on the cult classic film and also what she has been up to since.

Mike Gencarelli: What was your greatest memory working on the set of “The Evil Dead”
Betsy Baker: I think my memories all sort of meld into a few…. Even though there were many. I still clearly remember the awfully cold and frigid nights we shot. We only shot during the day on the river, while driving the car and at the bridge…the rest of the film was shot at night. It was cheaper, because then they didn’t have to spend money covering all the windows with black cloth. I remember driving down that long dirt road night…after night…knowing we’d be cold, tired, and probably come home with karo syrup sticky blood all over us (which we did!!). I also remember running into our cast and crew house and trying to get into the shower first every morning around 5:30 am, so I could get all the gunk off of me. It was always a race as to who got the most hot water.

MG: How do you feel that the movie has been so successful and become a cult classic since it release almost 30 years ago?
BB: It still amazes me to this day, what a cult classic this movie is. Of course, had it not been for video stores, this would have probably never happened with the great intensity that it did. But it’s still hard to believe.

MG: How was it revisiting “Evil Dead” for the “Ladies of the Evil Dead” documentary?

BB: It’s actually been a lot of fun… Not only to meet a lot of our fans at conventions around the US and around the world including Germany and London.  But just to sit together and laugh, and catch up from old times, and compare notes, and at the same time learn something new about the movie or the cast or crew.

MG: Shortly after “Evil Dead”, you took a break from acting, what was the reason? What made you return?
BB: I worked steadily for about 5-6 years after “Evil Dead”. I did a film with the great Karl Malden and John Malkovich, did plenty of commercials, some equity stage acting and I had 2 children! The greatest thing that ever happened to me! I wanted to devote time and energy to their upbringing as a family, and i didn’t think i could do that properly if i was rushing off to a play every night from 6 pm until midnight, or off on a film somewhere. No regrets… Just glad to be back acting again… and very, very proud of the great adults our children turned out to be!!

MG: Will there be any more seasons of the webseries “Dangerous Women” with Ellen Sandweiss and Theresa Tilly?
BB: We’d love to have a second season.. and a third… and a… well, you get the idea. Webseries, though, is a very difficult medium to forge ahead and continue to produce and make, if there isn’t a studio house or a production company behind it. We’ll have to just guess what happens to those three broads, since they had just begun to figure out that something really creepy and weird was going in their lives.

MG: How did you end up appearing in the TV show “Tim and Eric Awesome Show, Great Job!”? Was it fun? 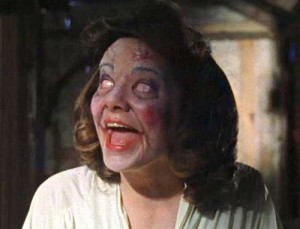 BB: I auditioned for a tiny, tiny part and it took less than 1/2 a day to shoot. But I thought it was such a bizarre title, a bizarre show, and a bizarre premise.. I couldn’t turn it down.

MG: How was it reuniting with Ellen Sandweiss and Theresa Tilly in the horror comedy, “Brutal Masacre: A Comedy”?
BB: “Brutal Massacre” was a fun movie.  It’s great to say that we were all in it together, although.. as is often the case with a lot of TV or film work…we never worked on the set at the same time. I was flying back to Los Angeles the day Theresa arrived, and I barely saw Ellen…even at the hotel!

MG: What else do you have planned for the coming future?
BB: I just starred in a psychological thriller called “2084′”, which should be available now. Think “The entire world is threatened by a virus and forced to stay inside”.  Pretty cool stuff.

Filed Under: Movies Tagged With: baker, betsy, interview, with