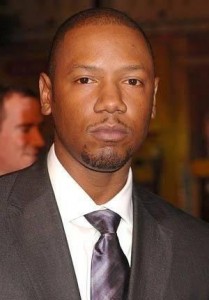 Media Mikes first talked with Tory Kittles a few months back in preparation for his film “The Kill Hole”. Since then Tory has been extremely busy shooting a film titled “The Sapphires” as well as reprising his role as Laroy Wayne on the hit series “Sons of Anarchy”. Tory took a few minutes out of his busy schedule to get us to speed with all of his projects.

Adam Lawton: Can you tell us about working on “Sapphires”?
Tory Kittles: I actually just got back from shooting that film. We were working in Sydney, Australia as well as Vietnam. The story is a true story about 4 aboriginal sisters who were like the Supreme’s of Australia. They were hired to perform for the U.S. soldiers during the Vietnam War. The film also features Chris O’Dowd and Deborah Mailman. It was directed by Wayne Blair and shot by Warwick Thorton who won the Cannes film festival a year or two ago with his film “Samson and Delilah”

AL: How did you role in the film come about?
TK: It was cast by Randi Hiller out in Los Angeles. I had known Randi for some time as she had cast me in an Oliver Stone film that ended up not happening. We have been friends for awhile and she had sent me the script. It was such a heartfelt story and you get to see Vietnam from a different perspective. The story is really told through the eyes of these 4 sisters. The writer of the script is actually the son of one of the Sapphire’s. There was a lot of heart and soul in the script. Randi had brought me in to meet Wayne and we just kind of hit it off. I had worked in Australia previously with a guy by the name of David Field who I found out during my audition is friends with Wayne.

AL: How long did the shooting of the film take?
TK: I was in Sydney for 5 weeks and then we changed location to Ho Chi Minh City in Vietnam. We stayed at the Rex Hotel which is the same hotel where Walter Cronkite used to brief the White House from while the war was going on.

AL: What was it like shooting in Vietnam?
TK: It was very weird playing an American soldier from the Vietnam era and being in 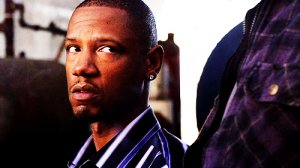 the actual place where everything happened. It was definitely a weird vibe while we were doing it. The people who live there are very proud and have moved on from the war. It was more of a mind thing for me. Everyone there was really great. I think shooting in the actual locations that these events took place grounds the film in a much heavier way.

AL: Do you have any updates on your film “Kill Hole”?
TK: I can’t wait for people to see this movie! I actually just saw it myself the other night. It has been a long process for the makers of the film to get it the way they want. We had missed some of the festivals that we had originally wanted to get into early this year but, I think the time they spent was well worth it. I can’t believe they were able to make a film of this caliber on the budget they had. The film rings very true.

AL: Were there any surprises when you watched the film?
TK: I think my character is a little creepier than I thought he would be. (Laughs) That really stood out for me. The sequences in the film move really well. The score for the film really informs the picture as well. Everything with this film ties in perfectly with each other. I was really moved by the film and pleasantly surprised. I am very proud.

AL: What are the release plans for the film?
TK: We missed this year’s festival deadlines so we are going to be looking at getting into some upcoming festivals and then go from there.

AL: What the latest on your project “Harmony”?
TK: “Harmony” is now in the hands of a very big producer. Moves are being 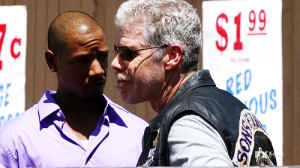 made with the project but I have been told not to talk about it just yet.

AL: Any inside scoops for this season of “Sons of Anarchy”?
TK: That’s another one of those things where you go Wow! But you just can’t say anything. I am going to be in a few upcoming episodes as I am not dead yet. My character is back and it’s going to be very exciting! I am amazed at how Kurt Sutter is able to one up himself with each episode. I am a fan of the show and I can’t believe he is getting away with some of the things on that show on network television. There is just some really great story telling with the show and I am excited with what they have given my character Laroy. Everyone will need to keep watching!