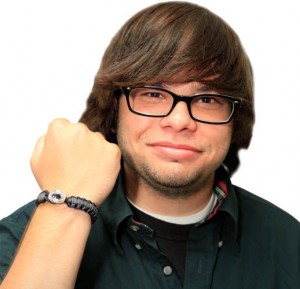 Charlie Saxton is known best for his role of Damon in HBO’s hit show “Hung”, along side Thomas Jane.  Media Mikes had a chance to chat with Charlie about the shows new season and what we can expect.

Mike Gencarelli: Can you give us some background about playing the role of Damon on “Hung”?
Charlie Saxton: It’s been a lot of fun. Like a lot of teenager around American Damon is going through this awkward faze where he is constantly changing himself and his image. He really is just trying to find out who he is. This season Damon has started a band with his sister which is really cool I think. They play a wide genre of music ranging from punk to ballads.

MG: How do you feel your preparation for the character has changed since starting with the show in 2009?
CS: There isn’t too much preparation as I see a little bit of Damon in myself. There are things that I find hard to express much like the character. For the most part I get to throw on some similar clothing from the previous seasons and just be the nice loving son.

MG: What has it been like working with Thomas Jane?
CS: Thomas is unpredictable, intense and fun. There is never a dull moment on set. You can always count on Thomas to bring the energy back up if we are having a slow or dull day.

MG: What else can you tell us about this season of “Hung”?
CS: The theme for this season is the two businesses colliding. There are now two pairs of ho’s and pimps. Basically it’s all about the battle between the two.

MG: Can you tell us about the film “I Am Ben” which you are producing?
CS: That was a film some friends and I shot last year. We are in post production right now and the film has been completely DIY. We raised all the money on our own. It’s come along really well. The film is about a writer trying to come up with a master piece but he just can’t come up with anything which is driving him crazy. I play his roommate who is trying to get him out and meet people. Eventually the guy starts seeing imaginary people which kicks off a love triangle between him an imaginary girl and a real girl. It’s kind of an indie comedy. We hope to have if finished pretty soon.