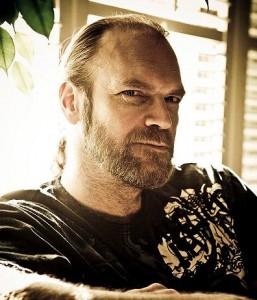 Tyler Mane is best known for his role of Michael Myers in Rob Zombie’s reboot of “Halloween”.  Tyler is currently producing films through his company Mane Entertainment.  Movie Mikes got a chance to chat with Tyler about his work and also what he has planned upcoming.

Mike Gencarelli: How do you prepare for a role when you come on board a film?
Tyler Mane: Well it all depends on what you are doing.  With something like the iconic Michael Myers role.  I watched the other films to see what the other Michael Myers did and I wanted to bring something extra to the role.  You start my breaking down the script, reading it and seeing what you can bring the role.

MG: You got a chance to play one of horrors greatest villains, Michael Myers, how can you reflect on that experience?
TM: It just crazy how it came about.  I was up in Canada, getting ready to talk with producers about another project.  The phone rings and it is Rob Zombie.  He says “Hey, I want you to play Michael Myers for me for my “Halloween” film”  You could tell I did not know a lot about horror because I said “Why would I want to wear a hockey mask” [laughs] and Rob goes “You dumbass, it is not Jason it is the William 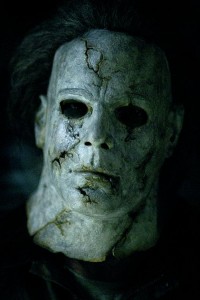 Shatner/Michael Myers mask”.  He then explained his vision for it and I was on board.  It was such a fantastic experience to bring that character to live just by body movement.

MG: Tell us about the differences between working on “Halloween” and “Halloween II”?
TM: It was like working with family, after everyone caught up on what everyone had been doing it was down to business. For me it was how was I going to top the first “Halloween”. I spoke with Rob and we both agreed that we needed to amp up the kills and I think right out of the gate with the nurse we did that!

MG: With “Halloween 3D” announced for 2012, are you going to be taking over the role again?
TM: We will see… I do know that they finally have a date locked in now.  I have talked with them the first time about it back after “Halloween II”.  They put it on the shelf for a while and now they are starting up again.  So we are going to see what happens.

MG: What would you say is your most difficult role to date?
TM: The one thing I was concerned about most was Michael Myers because you do have no dialogue.  I wanted to get it right because the fan following for “Halloween” is just insane.  I wanted to also make sure I brought what I need to to the role.  But I also wanted to give Michael Myers the depth and humanity that I think he deserves.  He is not just a one dimensional character. 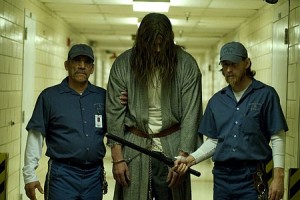 MG: What is your favorite genre to work in?
TM: I started with action.  When I was young kid watching pro wrestling and action movies, I thought I wanted to be an action star.  So I got to do some of that and I am doing some horror.  Through Mane Entertainment, we are doing “247ºF”, which is a thriller, then we are doing a supernatural thriller and then we have a horror thriller coming after that.  So we are staying along the genre and hoping the fans will like them.

MG: What can you tell us about your new film “247ºF”, which you star and produce?
TM: I came on board that project and we shot it in Tbilisi, Georgia.  The cast is Scout Taylor-Compton, Travis Van Winkle, Michael Copon, Christina Ulloa and myself.  It is the first time that Scout and I are reuniting since the “Halloween” films.  We are 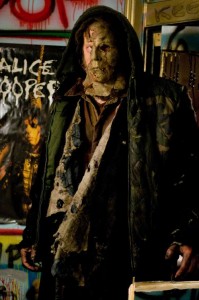 looking at that coming out sometime this Fall.

MG: You are working on your production company, Mane Entertainment, is that currently your primary focus?
TM: It is the best way to do the projects you want is to create them yourselves and do them through your own company.  That is what we are doing with Mane Entertainment.  With producing you get to step on to the other side of the fence so to speak.  It has been an interesting eye-opening experience.  For the female roles in “247ºF”, we had over 1,000 submissions.  It is crazy to see the other side of it.  You really understand the other side of the business.

MG: What else do you currently have planned?
TM: We are going back to there to Georgia for a project called “Compound Fracture”, which will be coming out in 2012.  Then we starting a web series called “Chopper” that I am also co-producing, which we are releasing this Fall.

Filed Under: Film Interviews Tagged With: interview, mane, tyler, with