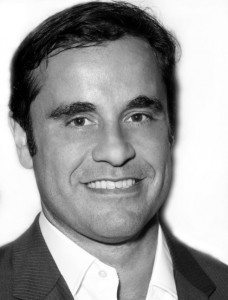 “The Way” producer David Alexanian is best known for two popular documentary mini-series he produced, wrote and directed.  The first, “Long Way Round,” released in 2004,  followed actors Ewan McGregor and Charley Boorman on a motorcycle trip around the world, with visits to Siberia, Kazakhstan, Mongolia and Alaska, before finally ending their journey in New York.   Boosted by the popularity of “Long Way Round,”  in 2007 he teamed up with McGregor and Boorman again on “Long Way Down.”  This time the lads traveled from the North of Scotland, down through Europe, into Africa, finally winding up in Cape Town, South Africa.  Having been a fan of both productions, Emelio Estevez contacted Alexanian to see if he would be interested in producing “The Way.”  He was.  As I write this Mr. Alexanian is putting the finishing touches on his next documentary, “Marley Africa Roadtrip.”  The mini-series follows musician Ziggy Marley and his brothers as they criss-cross South Africa during the World Cup.   Mr. Alexanian took time out from his production schedule to sit down with MediaMikes:

Mike Smith:  Most of your projects deal with exploring various parts of the world.  Is that something you yourself like doing?  And if so, what inspired that passion?
David Alexanian:  Some people are just born to 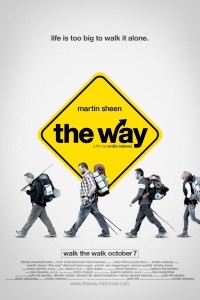 be road trippers.  Road Dogs.  I just love road trips.  I ride a motorcycle.  I met Ewan McGregor years ago and he turned me on to doing this trip around the world.  That was the thing that really got me started.  And after that first trip, people began to think of me doing things like that.  And that’s a good thing, because it means I’ve had some success.  And because of that success you end up doing much more of it.  Which is why I ended up doing the second trip to Africa with Ewan and Charlie.  That was a crazy trip.  Going through Sudan and Ethiopia and Rwawanda was a real eye opener.  After that I had the bug and I had to continue to do this.  Emilio had seen that second project and he called me.  He told me he had just written a screenplay.  He knew I had directed in the past but he asked me to produce.  I read the screenplay and I was immediately taken by it.  I love road movies.  And I love making them.  (he gestures to the “The Way” promotional motor coach)  We’re still taking road trips today.  A lot of people fly to get places these days and when you fly you really lose the sense of travel.  But when you’re on the road you can watch the landscape change.  You get to know the people a little bit better.

MS:  As someone who is truly an adventurer at heart, have you ever made the Camino pilgrimage?
DA:  No I haven’t.  I’d love to.  We’ve talked about going back and doing it.  I do think I will do it one day.  But we really didn’t have a chance to walk it.  We filmed for four months and, between walking from one town to another we probably walked almost 400 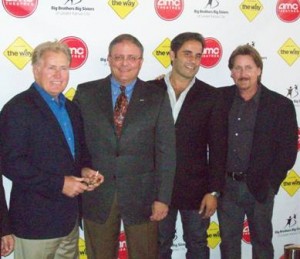 MS:  In all of your travels, what is the best place you’ve ever visited?  What place has just knocked you out?
DA:  I’d have to say Mongolia.  Mongolia still seems very much like it was at the beginning of time.  The people are still very nomadic.  They still wear what they wear, they still live the way they live.  The more you spend time in places…I live in Los Angeles…you really realize that if you could only simplify your life you could get rid of a lot of problems.  And some of these places that I’ve had the chance to travel to…they really seem to have focus on family…focus on simplifying your life and what’s important.  You’ll probably be happier.  Regardless of how much stuff you have.