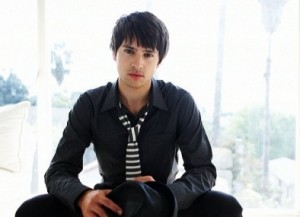 Nicholas D’Agosto is known for his role in comedies like “Fired Up!” and “Extreme Movie” is switching gears to horror with “Final Destination 5”.  He is the lead in the fifth film in the franchise which he believe it taking the series in a new direction.  Media Mikes had a chance to chat with Nicholas about working on the film and with such a great cast.

Mike Gencarelli: Tell us what you liked most about playing the leader Sam in “Final Destination 5”?
Nicholas D’Agosto: I guess for me it was fun because I am guy that lives the longest.  I get to hang around the most [laughs].  It is always nice when you get the work a lot.  It was great.  I really loved that I got to do the action, the heart felt relationship stuff, some comedy and the fight scenes.  I get the whole grab bag.

MG: Did you do any of the stunts yourself?
NDA: We did have amazing stunt crew.  The stunt crew was awesome and they were incredibly important in teaching us what to do.  Most of the big stuff I actually got to do myself which was great.  You can see in the trailer where I jump onto the railing and that I got to do that.  I am on cables but it is still like a 14-15 foot jump.  It was really fun.  I got to do a big fight scene and I did most of that.  It was fun to get to do that stuff.

MG: Did you refer to any of the other films in the series for role research?
NDA: I definitely went back and watch Dewon Sawa character from the first film.  One of the reasons was that

females were the leads in some of the other ones, so they are written differently.  With Dewon’s role it is the tone of the entire film, since they are really similarly written.  They tried to make it the same kind of suspense and the same total feel.  Dewon had a different character and a short of different arc, but I definitely went back in to see what I can pick and choose from there. It was great.

MG: How do you feel that this film expands on the series?
NDA: I got say for fans of the franchise this movie will be be as good as the first film.  It is sort of rebooting the franchise in a way.  I honestly think it is the best one.  I think what they did is that they made the film take a new leap.  Steve Quale is the director, he did 2nd unit on “Avatar” and he is just great. The new 3D technology that they are using that came out in the last year on this makes it feel very big, epic, beautiful and rich.  I think that this movie will stand on its own for people that haven’t seen any of the “Final Destination” films.  You do not have to see any of the other films to enjoy this one.  I am very excited about that.

MG: Tell us about working with the rest of the cast?
NDA: We all had a great time working out there.  We hit it off as a group.  They are all different people and we each took on different roles and we all just hit it off.  It was really fun.

MG: What was your most difficult scene to shoot in this film?
NDA: That is a great question…there is a bunch of different scenes.  I would have to say though parts of the bridge sequence.  It was built on three different stages.  One was built a stage on 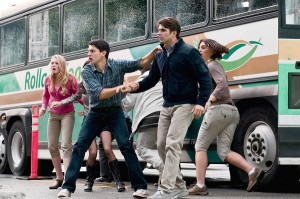 the side of a mountain overlooking the ocean, which was by the way incredibly beautiful.  They built like 300 feet of an actual bridge to scale on this gravel pit.  Then they brought it to a parking lot and then they brought it inside a building.  The hardest part where you are hanging in the air on cables all day or saying the same line over and over.  Over 15-20 days of shooting and trying to maintain a through-line for scenes you have done so many times was hard.  I think that was definitely the hardest…lots of screaming.  My voice was gone for weeks at a time [laughs].

MG: Did the 3D filming affect the filming process for you at all?
NDA: On a technical side, maybe…it doesn’t really change my acting too much.  You can’t put things up in front of the frame.  I remember one time I was telling someone to stop and I had my hand up like you would normally do.  They told me you have to keep it lower and out of frame because it just looks like these floating fingers in front of the persons eyes.  Since whatever is closest to the screen is going to be closer to the person’s eyes.  What I would say it changes is the amount of time you are hanging out on set.  Because the 3D camera is actually two different cameras mounted on a frame, with a mirrored frame that melts the two images together.  Those two tend to fall out of alignment all the time. So there would be days when we would have 3-5 hours of downtime while they were fixing cameras.  Right now it is still kind of a touchy process working with it.  The image gorgeous though and totally worth it.

MG: Earlier this year you co-starred in “From Prada to Nada” and you are no stranger to comedy with “Fired Up!” and “Extreme Movie”, do you prefer comedy genre?
NDA: I do I love it.  I am so fortunate that I get to do both and that people have seen that I can do both.  I don’t always want to do dramas all the time and I don’t want to do comedies all the time. When I did “Fired Up”, Eric 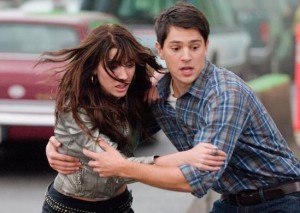 (Christian Olsen) and I were just buddies for a couple of months joking around all day on set.  We were joking around on “Final Destination” also but there comes a moment when everyone has to get tears in their eyes [laughs].  So there is a little bit of a different element with that.  The dream is to get to do both the rest of my career.

MG: What do you have planned upcoming?
NDA: I got a movie coming out called “Dirty Girl”.  I have a small part in it but it is a really cool part.  It stars William H. Macy, Dwight Yoakam, Milla Jovovich, Mary Steenburgen and Juno Temple.  It is coming out October 7th.  It is the size of “The Kids Are Alright”, it will be kind of like that.  It is a cool film and definitely a different part for me so I am really excited.