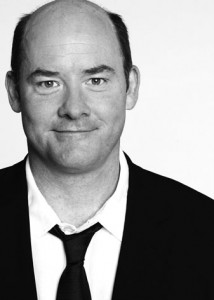 David Koechner is known best for his role of Champ in “Anchorman”. David is starring in two different films this year, both in the horror genre, “Final Destination 5″ and Piranha 3DD”. Media Mikes had a chance to chat with David about his new films as well as his film career and his stand up shows.

Mike Gencarelli: Can you give us some back ground on your character Dennis in “Final Destination 5”?
David Koechner: Dennis is the a-hole boss of the company that doesn’t ever respond to anything very emotionally. I liked to add that he has been divorced twice and that he is desperately trying to hang on to his third wife. He really just is a guy who doesn’t know how to relate or talk to people.

MG:  Tell us about working with the young newcomer cast?
DK: The whole experience was really tremendous. I didn’t know anyone prior to starting the film but I got to know them all during shooting and just fell in love with everyone. They all are very bright, talented, intellectually curious as well as emotionally available [laughs]. I was very impressed with everyone and I thought the story was really good as well. I had not seen any of the other “Final Destination” films but I thought this one was really well written. I remember reading it and finished through with it before I even knew it. It was a really good read and it drew me in. From my perspective everything was aces.

MG: Did shooting in 3D pose any problems for you?
DK: It really doesn’t change anything. When you are acting it’s all a make believe world. Sometimes nothing is there at all and you have to pretend it is there. If anything the aspect of 3D just allows you to stretch your imagination even more.

MG: Since working on this picture did you go back and watch any of the others in the series?
DK: Someone showed me all the kill shots one day on set and I was just laughing my ass off! These films are a real thrill ride more so than a horror film. The films have great tension. 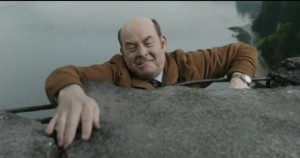 MG: What can you tell us about working on “Piranha 3DD”?
DK: That was really interesting [laughs]. That film pushes boundaries into a couple different areas and was something new for me. I seem to go from one 3D film to another and from one thriller/horror film to another. Maybe I am a scream queen now? [Laughs]

MG: Can you tell us about your character Chet?
DK: Chet is the guy that’s in charge and he is an a-hole. Maybe I am getting type cast as an a-hole? I have certainly played my share of those guys. I don’t know why I do it well? Maybe it’s ironic?

MG: Did you enjoy working in those genres on two films back to back?
DK:  I enjoy working. My wife and I have been blessed with 5 children and they want to eat. In order for them to do that daddy has to work.

MG: Did you notice any comparison’s while working on the films that stood out?
DK: Yes. The budgets! [Laughs] “Final Destination 5” was a big movie and it felt that way. Steve Quale was a master at putting that big ship together as there was a lot to deal with. I don’t know what the budget was for “Piranha 3DD” but it was a more modestly budgeted that’s for sure. 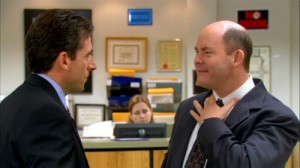 MG: Moving on to “The Office” will we be seeing more of Todd Packer this season?
DK: I hope so. They never let me know prior to the season starting. I did three episodes last year and average about that each season. I’m guessing it will stay the same but I have no way of knowing.

MG: Any chance of you becoming a regular?
DK: Not that they have told me. I think if I was going to be a regular they would have let me know by now. I hear arguments both ways with some people saying they would love to see Todd Packer every week and others that say they wouldn’t watch the show if he was on every week.

MG: There have been rumors floating around about a possible “Anchorman” sequel. Do you think Champ will come back for another film?
DK: I would love it and I know everyone involved with the film would love it and people have been trying to get it made but apparently there is some resistance with the studio. I heard a rumor where some people at the studio said yes to making it and one person in marketing said no. It seems incredible to me and all the people I talk to when I am out doing stand-up that they all want an “Anchorman 2”. I am always getting asked to do lines from the film. The appetite for that film is as ravenous as any sequel that has ever been produced. The other side of the coin is that when those sequels are made it’s a lot of money. I don’t know if they can’t make the figures work or what. I am sure it’s not out of meanness but it’s a business. Everyone I have talked to thinks 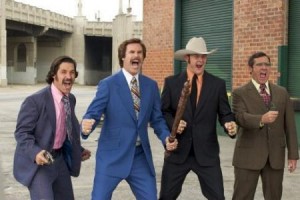 “Anchorman 2” is a no brainer though for sure!

MG: How do you feel your stand-up gigs differ from your film or television roles?
DK: Live is a lot of fun and its immediate. The only other live that’s immediate like stand-up is if you’re shooting a four camera sitcom. Doing live entertainment is rewarding for everyone involved and it certainly is for me. It also gives me some economic freedom as well as a chance to meet people from around the country that I generally wouldn’t meet. I get to introduce them to other aspects of my performance that they may not have seen before on television or in the movies that are different. My show is pretty personal and the audience gets to know me pretty well.

MG: What other projects do you have in the works?
DK: I have a film coming out in September called “A Good Old Fashioned Orgy”. I have a part in “This Means War” with Reese Witherspoon and Chris Pine. Those are the bigger ones I have coming out. I also am developing some shows for television and you just never know where those might wind up. I continue to write with about seven writers in an effort to get some things off the ground starring David Koechner. My ultimate goal would be to get on a sitcom and be able to stay at home with my family. That would be the best. As much as traveling around selling your work is great, I feel conflicted when I have to leave my family.

One Reply to “Interview with David Koechner”