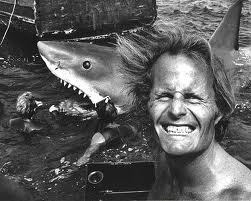 Richard D. Zanuck, who rose from out of his famous father’s shadow to become one of the most successful film producers in history, died yesterday in Los Angeles after suffering a heart attack. He was 77.

Born of Hollywood royalty (his father was legendary studio head Darryl F. Zanuck, his mother actress Virginia Fox), Mr. Zanuck began working for his father, then head of 20th Century Fox, as a producer, finally elevated to President of the studio. It was while at Fox that he met fellow producer David Brown. In 1967, after the failure of such films as “Dr. Doolittle,” Zanuck was fired by his father. In 1972 he teamed up with Brown, forming the Zanuck/Brown company. Their 16 year partnership produced such films as “The Sting,” “The Sugarland Express,” “Jaws,” “The Verdict” and “Cocoon.” In 1989, with his new wife, Lili Fini Zanuck producing alongside him, he produced “Driving Miss Daisy.” The film would go on to win the Academy Award for Best Picture. Later films include: “Rules of Engagement,” “Road to Perdition” and six films with director Tim Burton, including this years’ “Dark Shadows.”

In the 1960s Zanuck married actress Linda Harrison. They raised two sons, Harrison and Dean, both now producers in their own right. One of my favorite stories of Mr. Zanuck concerns the production of “Jaws.” He had assured his wife, Linda, that she would play Mrs. Brody in the film. Unbeknownst to Zanuck, the head of Universal Studios, Sid Sheinberg, had promised the role to HIS wife, actress Lorraine Gary. To keep peace in the Universal family, Sheinberg called producer William Frye, who was currently making “Airport ’75.” “Bill,” he said to Frye, “you’ve got another passenger on your airplane!”