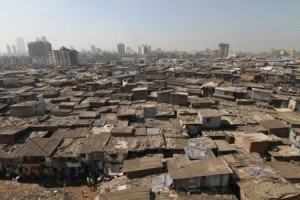 “Urbanized” is the final documentary in director Gary Hustwit’s design film trilogy following “Helvetica” and “Objectified”. This film is the series focuses on the design of cities. I felt that the film keep my attention very well for the first 30 minutes during the films look at different cities in the world. Once it started going into topics of economic development and environmental policies, I started fading fast.

The film not only looks at design but also the issues and strategies behind urban design. It features interviews with some of the world’s most respected architects, planners and builders. There is much focus on problems with housing, public space and the government interactions. If that sounds like your cup of tea then then film is for you, otherwise you might want to take a pass.

The Blu-Ray of this film delivers with its great both video and its 5.1 surround track, though since it is a documentary its nothing special. It actually also has a notable case and booklet, which is rare for films these days. The cover art is illustrated beautifully and includes liner notes by director Gary Hustwit. If you are looking for bonus features, this film contains an additional one hour of interviews and footage. Worth checking out for sure if you enjoyed the film.