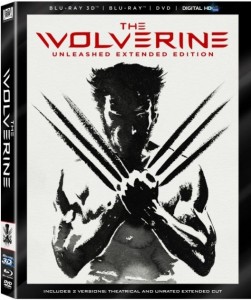 When it comes to the “X-Men” film franchise, I have never been the biggest fan, the first three movies are good but not my favorite superhero films. I never even wanted to see “X-Men Origins: Wolverine” and from what I’ve heard I am glad I haven’t. “X-Men: First Class” was visually amazing but also quite forgettable. So I wasn’t too thrilled when “The Wolverine” was announced, but it proved itself to be quite entertaining and very impressive entry into the franchise. I was excited that the film picks up at the end of “X-Men: The Last Stand” and steer away from the whole “Origin” story. Hugh Jackson just kicks as in this role, no question that he IS Wolverine and is simply bad-ass. I have to admit, I am now very excited for what is to come with “X-Men: Days of Future Past” and I also saw that “The Wolverine 2″ was just greenlit this week as well, so plenty more to come.

Official Premise: Jackman returns as The Wolverine and faces his ultimate nemesis in an action-packed, life- or-death battle that takes him to modern-day Japan. Vulnerable for the first time and pushed to his limits, Wolverine confronts not only lethal samurai steel but also his inner struggle against his own immortality; an epic fight that will leave him forever changed.

“The Wolverine: Unleashed Extended Edition” is excited since it is the first time that a film in the “X-Men” series is receiving an extended unrated cut. This version runs about 12 minutes longer than the Theatrical Cut and contains several new scenes. Let me tell you this unrated cut is much much better than the PG-13 cut. There are a few extra F-Bombs and much more CG-gore as well. It is not “Kill Bill” but it definitely has a harder edge to it. The only problem is that the unrated cut is only presented in 2D and not 3D, this is not shocking but also a bit disappointing since like I said I much prefer the new cut.

20th Century Fox has delivered “The Wolverine” as a combo pack with Blu-ray 3D + Blu-ray + DVD + UltraViolet digital copy. Both of the 1080p transfers with an 2.40:1 aspect ratio are absolutely equally stunning. I happen to prefer the film in 3D even though it was post-converted. It was done so well that the film has a certain arty feel to it and it really makes for a very fun and overall impressive 3D experience. The DTS-HD Master Audio 7.1 surround track is no schlep either. It is so intense that it actually woke up daughter up due to the wall-shaking action. No question, this has to be one of the best audio tracks of the year. Very impressive.

In terms of special features this releases do not let you down either. There is a solid commentary track from the director James Mangold. It is well-paced and pretty informative about the production. There is a neat “Second Screen App” available to download through either IOS or Android mobile devices, including smartphones and tablets in order to access additional bonus content. “The Path of a Ronin” is a really solid nearly one-hour behind-the-scenes look into the film with great interviews from cast/crew. There is an Alternate Ending included, as well as the Theatrical Trailer included. Lastly there is a sneak peek at “X-Men: Days of Future Past” with a set tour from the upcoming installment in this franchise.. 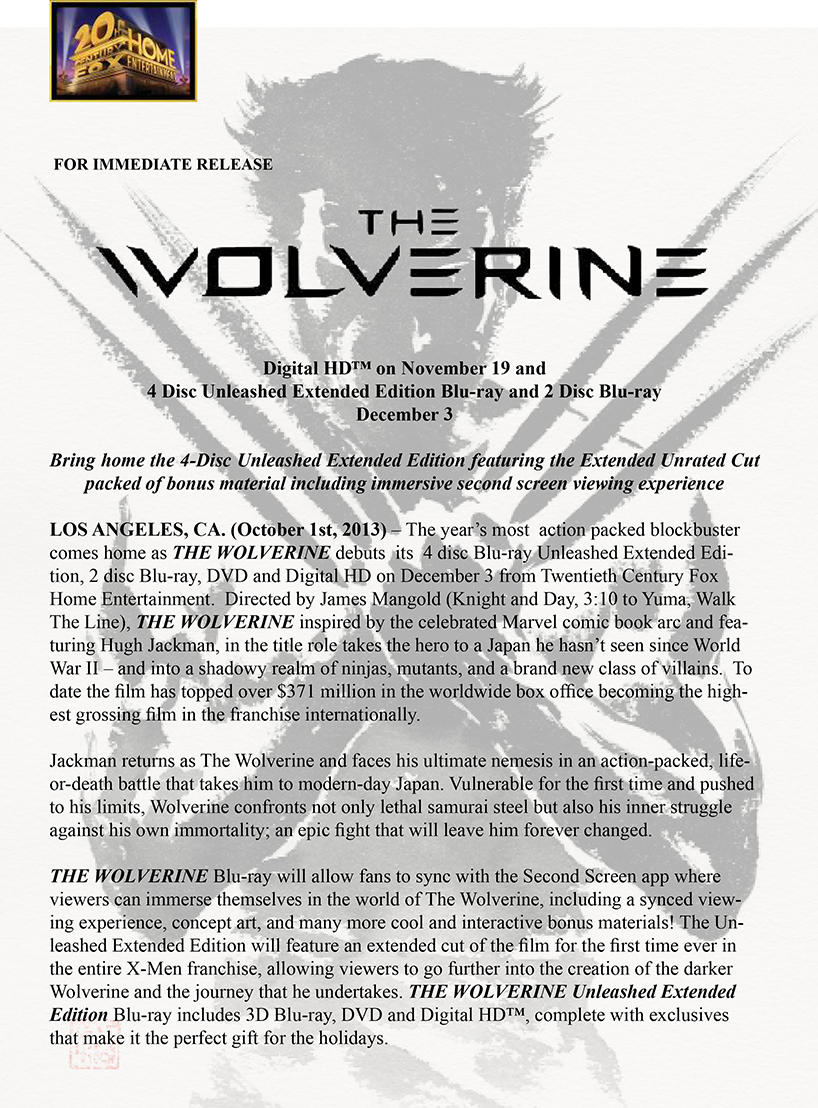