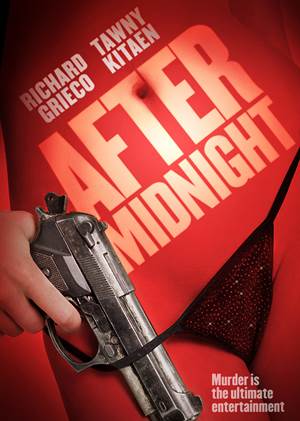 Screen siren Tawny Kitaen is on the hunt for a killer in the sizzling and suspenseful new film from renowned filmmaker Fred Olen Ray.

When an exotic dancer is murdered at a seedy strip club, her sister Constance (Kitaen, Bachelor Party, Witchboard), a TV newscaster, goes undercover to find the killer. While working at the club, she quickly realizes that everyone is a suspect and that other dancers are being targeted. She must work fast to find the killer to seek her revenge before she becomes the next target.

Richard Grieco (21 Jump Street, A Night at the Roxbury) co-stars in After Midnight, from the fan favorite director of Hatfields and McCoys : Bad Blood and The Tomb, released on VOD October 28 from Phase 4 Films.