Hello 2018.  Which means it’s time to say goodbye to the films and performances we loved in 2017.  And once again, the readers of MediaMikes.com will have the opportunity to choose the winners of the 2017 Media Mikes Awards.

All you have to do is let us know your pick as the Best in each of the following categories:  Picture, Director, Actor, Actress, Supporting Actor, Supporting Actress and Animated Feature.  You can leave your nominees in the comments below or send them HERE

All nominations will be totaled up and the winners announced on Monday, February 12th.  (5) random entries, either on this post or via email, will be selected and will receive a selection of 2017 movie swag.  Balloting runs through 6:00 pm CST on Sunday, February 11, 2017.  Thanks for voting! 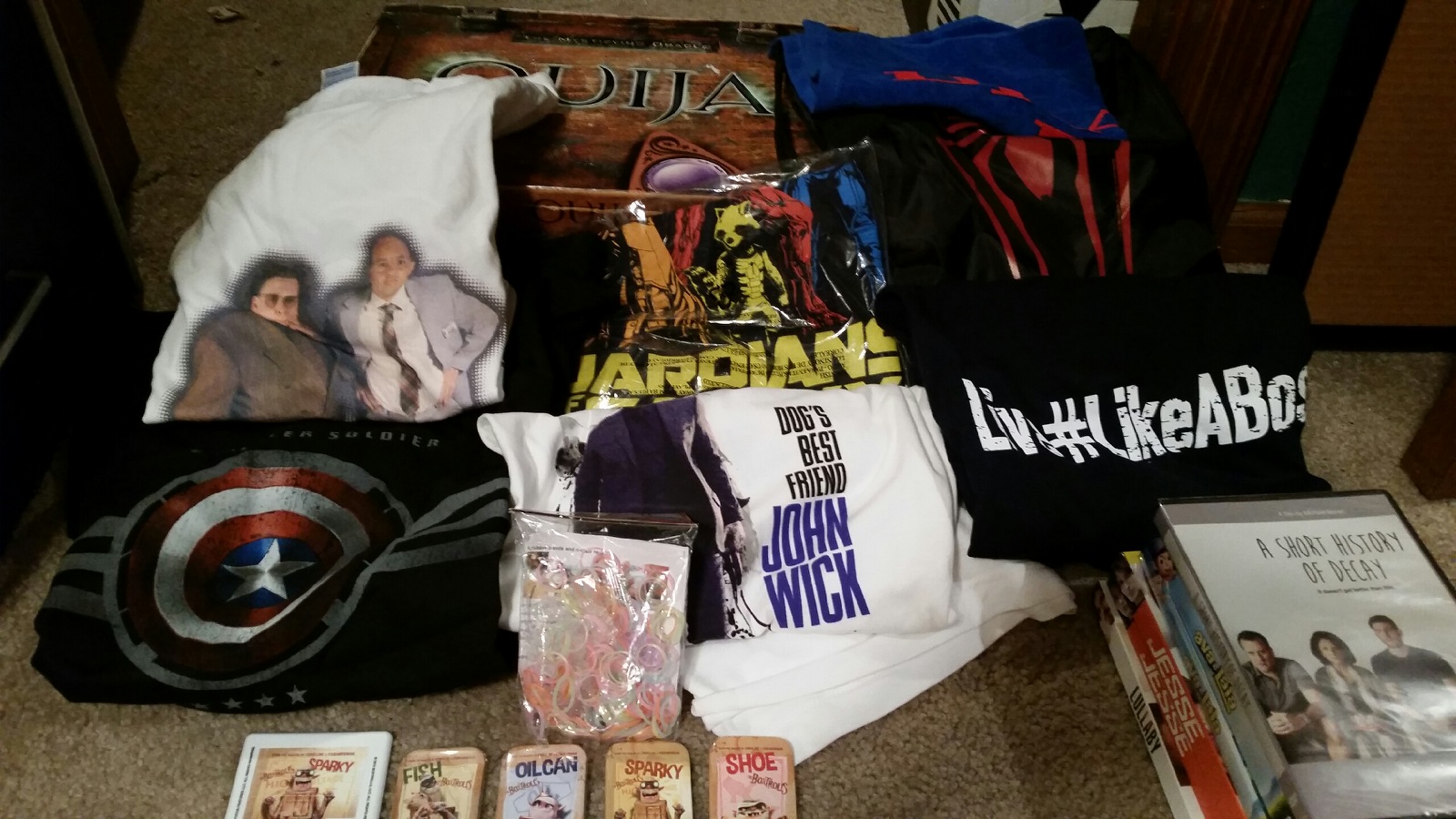 As 2015 begins there is one more piece of 2014 business to take care of. It’s time to pick the winners of the 3rd Annual Media Mikes Awards!

Last year one lucky reader won an instant Blu-ray collection but this year, thanks to our media partners, we will be awarding TEN random readers a great prize just for nominating their favorite films and performances from last year. Prizes range from a set of DVDs to T-shirts, OUIJA boards, buttons and passes to see AMERICAN SNIPER and INHERENT VICE (these passes are accepted anywhere in the United States). Plus, if you will take the time to “like” our Podcast Facebook Page you could win an awesome prize package from THE GAMBLER, including a hat, carry bag and poker set.

Here’s all you have to do: nominate your favorite film or performer in the following categories: BEST PICTURE, DIRECTOR, ACTOR, ACTRESS, SUPPORTING ACTOR, SUPPORTING ACTRESS and BEST ANIMATED FEATURE. You can either do it below or send your nominees to (email address). Ten random entries will be chosen to win a movie prize. To be eligible for THE GAMBLER prize package, just “like” our Podcast page (and please give us a listen). All “likes” made to the page from Sunday, January 4, 2015 through Wednesday, January 21, 2015 will be eligible to win THE GAMBLER prize package. All entries (either on the Media Mikes site or via email ) must be in by midnight, January 21, 2015. All entries will be tabulated and the winners announced on the “Behind the Mikes” Podcast on Saturday, January 24, 2015. They will also be posted on the site that week.

Special thanks to our friends at Allied THA! Good luck!