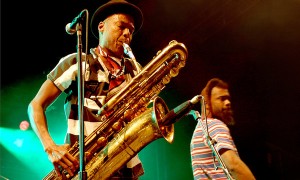 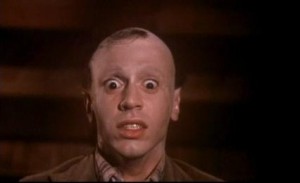 I have been a fan of Jeff Lieberman for a long time and have also seen “Blue Sunshine” quite a few times. Along with “Squirm”, this is one of my favorite films of his. I believe it still holds up with each viewing. It is quite a trip and one very interesting film for sure. I also found it strange that this film was listed as horror because it is not really scary, falls more into thriller. This release though is not up to par with the special edition DVD by Synapse Entertainment in 2003, which is a two disc set with a lot of extras.

Certain words have been used to describe this film over the years, like “weird”, “out-there” and “creative” and that describes this quite well. The film follows Jerry Zipkin (Zalman King) who is wrongly accused of murder and tries to gather evidence to prove his innocence with the help of Alicia Sweeney (Deborah Winters). Through his search he discovers that college kids 10 years ago had taken a new form of LSD called “Blue Sunshine,” which causes them to loose their hair loss and become psychopathic murderers. He needs to get proof and clear his name.

The only real extra on this set is a never-before-seen interview with director Jeff Lieberman called “Blue Sunshine, 35 Years Later”. It is a decent length 40 minutes interview and covers good ground. Besides a photo gallery, this is the only feature, which is disappointing.