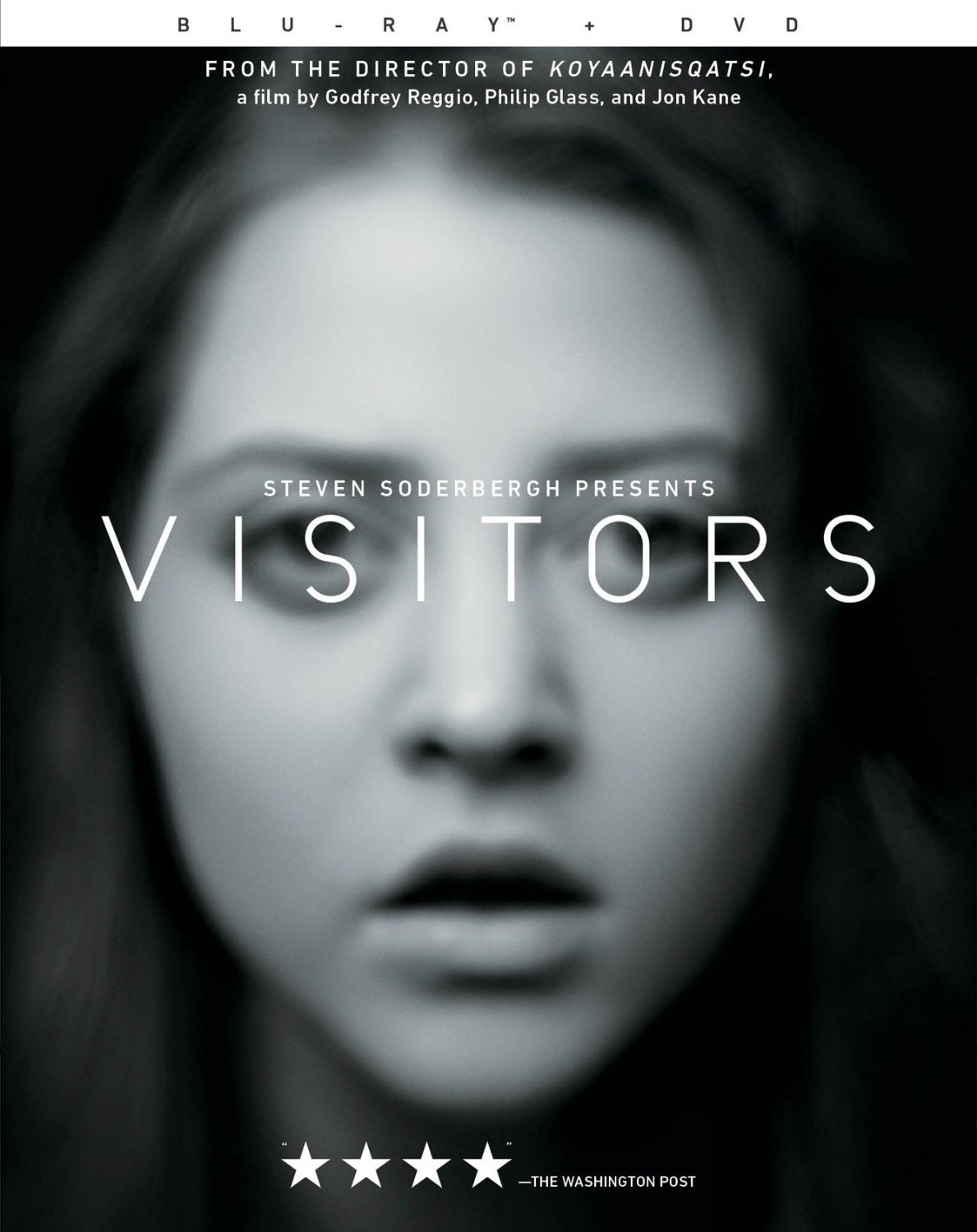 If you are a fan of the Qatsi Trilogy (Koyaanisqatsi, Powaqqatsi, and Naqoyqatsi), then you are going to want to check out “Visitors”. To celebrate the release on Blu-ray, Media Mikes is excited to giveaway one (1) Blu-ray of the film to our readers. If you would like to enter for your chance to win one of this prize, please leave us a comment below or send us an email with your favorite film in the trilogy. This giveaway will remain open until June 6th at Noon, Eastern Time. This is open to our readers in US and Canada only. One entry per person, per household. All other entries will be considered invalid. Media Mikes will randomly select winners. Winners will be alerted via email.

VISITORS is the fourth collaboration of director Godfrey Reggio and composer Philip Glass together with filmmaker Jon Kane, advancing the film form pioneered by The Qatsi Trilogy (Koyaanisqatsi, Powaqqatsi, and Naqoyqatsi): the non-spoken narrative experience where each viewer s response is radically different yet undeniably visceral. As Reggio explains, VISITORS is aimed at the solar plexus, at the appetite within us all, the atmosphere of our soul. I see the film as a meditation, as a transcendental event. Comprised of only seventy-four shots, a series of human, animal and landscape portraits, VISITORS takes movie watchers on an emotional journey to the moon and back. As a wondrous work of artistic achievement…art with a capital A (Austin Chronicle), VISITORS produces massive effects and moves into a class of film all its own.