Everything big and truly promising has a vulnerability of catching onto inhibitors for its growth, the gaming and esports industry is no stranger to this risk. The revenue in the esports market touched $1 billion in 2019 for the first time with a viewership of around 400 million that is expected to surge past 550 million by 2021. This is a prominent sign of how the industry is thriving with leaps and folds. But when a sports industry has so many viewers and an upward revenue graph, there are certain unethical behaviours bound to creep in.

What is Skin Gambling?

One such practice is popularly known as ‘skin gambling’. To understand this term, it is important to be familiar with the term ‘Skin’.

A skin is a graphic or audio file used to change the graphic or audio interface of the game. These are just visual elements and unlike the best casino bonuses on gaming websites, they have nothing more than a cosmetic effect in the game and no direct influence on the gameplay.

The practice of ‘Skin Gambling’ primarily began with “Counter-Strike: Global Offensive.” ‘Valve’ introduced skins as rewards that could be applied and shared with other players, to grow and bolster the community. What was started as a reward system and community tool, soon grew out to become an industry virility and a market of its own. At the beginning, there was ‘Steam Marketplace’ to trade, buy and sell skins from inventories for real or digital currencies and the marketplace had restrictions to maintain ethics. But in some time, there were websites that began bypassing the monetary restrictions by Steam to allow higher-value trades for skins. They even enabled betting and gambling on professional matches later on. This practice seeped into other gaming communities as well and it grew so huge that in 2016, there was around $5 billion worth of virtual goods handled, at that point of time. Yes, that is five times more the entire esports revenue in 2019.

The Cause of Concern

Soon, this whole charade caught the criticism from communities and scrutiny from authorities. Concerns were raised over the ethical and moral grounds of this practice. Betting for obvious reasons has outcomes like result manipulation and unauthorized bid placements. Even though it rocketed the growth of video game communities, it was condemned by developers of the games and even took actions to curb them.

The cause of concern with gambling is the long term effect it has on the people and the industry. The majority of the consumers in the esports industry are fairly young people and exposure to such practices tends to develop behaviour and expectations that are not in sync with the general world. Gambling also tarnishes the spirit of the game, be it any game and especially the one, where players are underage for even legal betting. With esports players being young and of impressionable age, there is a disturbingly great chance of them falling on to the wrong side of the line, just to get big benefits in a short time.

This practice is identified as an industry plagued by people and authorities. It violates various local laws on gambling and sports betting, with young people across the globe falling prey to it. There are several legal sanctions on ‘Skin gambling’ in many countries. Especially in the UK, where the Gambling Commission led an investigation into ‘Skin gambling’ in 2017 and prosecuted two website owners for organizing and promoting underage gambling. According to their report, there were 11% kids between the age of 11-16 years involved in ‘Skin Gambling’. The UK government is adamant on stalling this unlawful practice with its actions and seeks support from parents as well as video game companies. 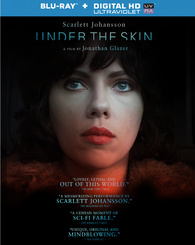 Scarlett Johansson playing a man-eating alien? Sounds good to me! “Under the Skin” is definitely one hell of a unique film. Most of it feels very unscripted, which is was, and feels like you are watching from a hidden camera, which you were. Scarlett Johansson is literally fantastic in the role, she is emotionless, erotic and just amazing. The film is so strange and different, so if you are expecting big special effects etc, look somewhere else. This has a very minimalist feel to it and is driven by an amazing (and extremely disturbing) score by Mica Levi. Plus Ms. Johansson strips down for the first time very artfully, which is not a bad sight but also at the same time a little strange. Watch it and you will know what I mean. Definitely not for everyone but I haven’t stopped thinking about this creepy little film.

Official Premise: A voluptuous woman of unknown origin (Johansson) combs the highways in search of isolated or forsaken men, luring a succession of lost souls into an otherworldly lair. They are seduced, stripped of their humanity, and never heard from again. Based on the novel by Michel Faber, Under the Skin examines human experience from the perspective of an unforgettable heroine who grows too comfortable in her borrowed skin, until she is abducted into humanity with devastating results.

Lionsgate is releasing this film as a combo pack with a Blu-ray + UltraViolet included. Like I mentioned above, the film has a very handheld look and feel to it, so the 1080p transfer varies. There are some shots though that are just stunning and look absolutely amazing. I especially loved the alternate dimension scene in the run down house, really well shot. The DTS-HD Master Audio 5.1 is also a real winner for this release. Mica Levi’s score is creepy as well and really sounds amazing. There is only one special feature called “Making of Under the Skin” but it is split up into multiple featurettes focusing on various aspects of the film. I would have loved to see a commentary track included to help explain various aspect deeper of this film.

Jonathan Glazer must have taken a course on Kubrick and fallen in love with his haunting style. That’s the only way I can describe the bizarre first couple of minutes of “Under the Skin” with its foreboding soundtrack and look straight out of “2001: A Space Odyssey”. Just like “2001”, it may take years for people to appreciate the visually eerie and unsettling feast that “Under the Skin” is. While it may seem like a simplistic tale of an alien luring men for nefarious reasons, there is a sense of fondness that slowly creeps in as the movie progresses.

The unnamed alien assumes the skin of an attractive female (Johannson). She drives across the murky land of Scotland in a full sized white van, constantly stopping to ask for directions to men walking on the street, hoping that maybe they’re heading the same way. That’s so she can offer a ride and seduce them into coming back to her place. From the outside, her “home” appears like any other shabby flat, but on the inside it’s a glassy room devoid of color. Pitch black liquid allowing us to only see the lioness and her victim, her articles of clothing slowly being peeled off while the man can’t get his off quick enough. She lures them across the vast emptiness while the nude men slowly sink into the floor and into their demise.

“Under the Skin” never touches upon the existential questions that surround our alien. Why is this thing here? What exactly does it do with the victims? While these are interesting questions, the movie focuses more on the alien living in the human skin. Suddenly our alien from another planet is fascinated by its skin, possibly absorbing the thoughts and feelings of the predecessor that lived and breathed in its flesh. Those stale eyes that stared blankly at everything earlier in the movie now show fear, concern and sympathy. She goes from stalking prey to looking in scared wonder at the human experience.

Our alien rarely talks and only shifts from sexual visual cues to facial twitches of emotions. Despite the vast amounts of graphic nudity, it never feels or looks sexual in nature. The vibes radiating around the alien or the victims appear to be predatorial. Even later in the movie, bare in front of a mirror, it appears to be entranced by the muscle and tissue it stretched over itself. Johannson’s abilities as an actress really shine here as she remains mute while conveying the inner workings of our creature. Oddly enough no one ever becomes suspicious during the 108 minutes that something might be off with this girl.

It’s a fascinating movie to watch because we never feel comfortable enough to relax throughout the first half and in the second half we’re constantly questioning along with this being. There’s a key turning point that I don’t want to give away and it’s definitely one of the more awkward, unsettling moments. What makes the scene so important is that we go from an unnerving first act to a curious second half. Plot points are told through scenes that constantly perturb the audience. Accompany that with the fact there’s little dialogue, it can be a very alienating film for general audiences. Don’t listen to any dissenters; this is definitely the most visually striking sci-fi movie of the year.