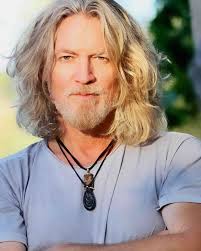 William Shockley (born September 17, 1963) is an actor and musician. Shockley was born in Lawrence, Kansas. He graduated from Texas Tech University with a degree in political science. Shockley has appeared in many movies and TV shows including Welcome to Paradise, In Justice, Showgirls, The Joyriders, and most notably Dr. Quinn, Medicine Woman in which he played Hank Lawson. He also appeared in the 2007 film Treasure Raiders.

Mike Smith: You led a rather nomadic lifestyle as a young man. Did that experience help prepare you for the different roles you’ve played as an actor?
William Shockley: Moving around all the time during my childhood actually proved to be a huge plus. I can pretty much travel anywhere and feel comfortable with my surroundings. I was forced to learn how to acclimate and get along with strangers. I’m sure that living in different parts of America and living abroad in Europe gave me insight and perspectives that I have woven into various characters.

MS: You’ve done a lot of episodic television, most notably “Dr. Quinn: Medicine Woman.” Is there a comfort as an actor when you’re adding to the same character each week as opposed to a one-shot film character?
WS: Being a series regular on a television show like “Dr. Quinn, Medicine Woman” was a true gift. I loved the privilege of developing a character over a 6-year run. I became very attached to the role of “Hank Lawson”. He was a complex character… lots of layers, which is wonderful. He was one guy on the surface, and a totally different person in his heart. The great writing on “Dr. Quinn” was a huge bonus. I’ve done many films as well, and I seem to always want to do a sequel to a film when I have a character that I connect with and enjoy portraying. I feel this way about “Born Wild”, a film coming out this summer, where I co-star with Barry Corbin, Kix Brooks (of “Brooks & Dunn”), Tanya Clarke, Joe Lando and Justin Deeley. The role in “Born Wild” is “CJ Jennings”… a guy with a wayward, troubled past, who goes back home to reconcile his future. “CJ” has so many issues and so much baggage, yet at the end of the day, he finds redemption. I also got to reunite with Joe Lando, from “Dr. Quinn”, on this film. Joe is a dear friend and it was great to be back on a set with him.

MS: You’re upcoming film, “Reaper,” teams you up with “Starship Troopers'” Jake Busey. Did the two of you get to trade any Paul Verhoeven stories?
WS: I actually didn’t have any scenes with Jake. I worked with Danny Trejo and Vinnie Jones, both great actors and a lot of fun to be around.

MS: In the almost 20 years since it’s release, “Showgirls” has blossomed into a cult hit, with midnight showings ala “The Rocky Horror Picture Show.” Did you have any idea when you were making the film that it would still resonate all of these years later?
WS: I don’t ever have a preconceived idea of how a film will resonate with the audience. As an actor, all I can do is prepare to the best of my ability, show up on the set, and deliver the goods. The rest is up to the director and producers and other actors in the film. You can only control yourself in this type of setting, and then, anticipate the best.

MS: What do you have coming up next?
WS: I actually have several films coming out in 2014. “Ambush at Dark Canyon”, a western that Team Two Entertainment produced (my production company) starring Kix Brooks and Ernie Hudson, was released January 14 and is available on DVD at Walmart. This summer I’m in two films, “Born Wild” and “Dug Up”, a redneck-stoner-zombie-comedy. Later in the year “Reaper” will come out, followed by “Finding Harmony” with Billy Zane and Allison Eastwood, and a western, “Hot Bath ‘An A Stiff Drink”, with Ronnie Blevins and Grainger Hines. My partners in Team Two Entertainment are Kix Brooks, Dustin Rikert and Eric Brooks. We have a big announcement being made this Spring. There’s a really awesome deal being set up that I’m very excited about. Stay tuned for those details.