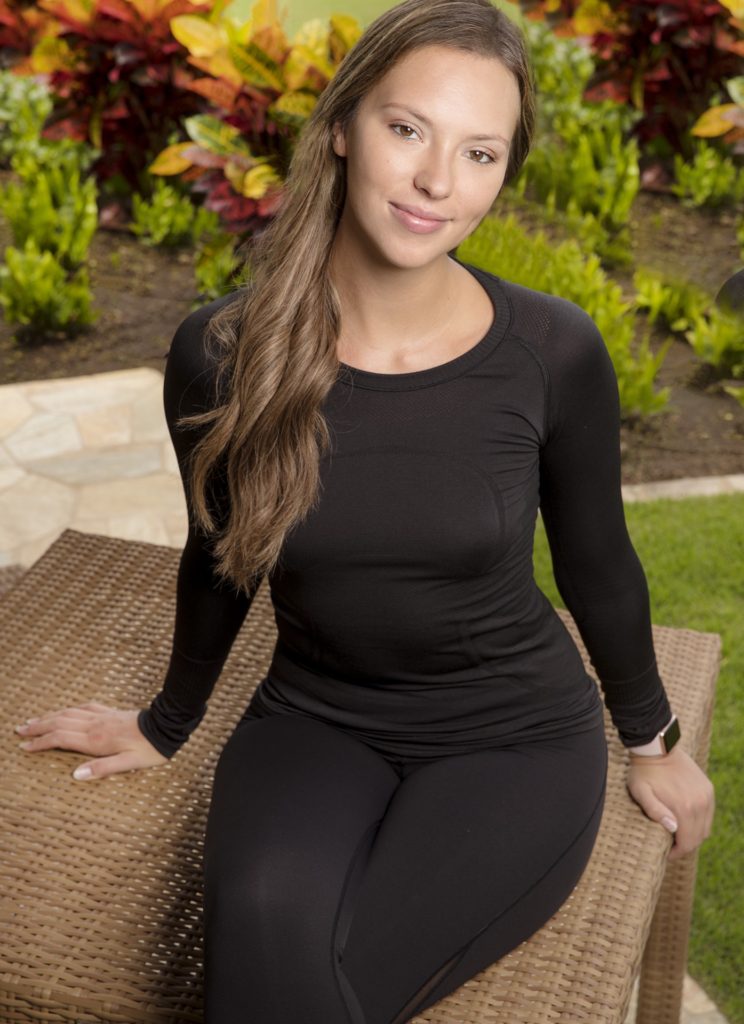 I recently came across an article detailing a new way to present photographs in such a way that the still image came to life.  As I read the piece I was intrigued by the name of one of the co-founders of Team Plotaverse, Sascha Scheider.  Imagine my surprise, and genuine joy, to discover she is granddaughter of the late actor Roy Scheider.  Impressed with what I read I contacted Ms. Scheider, who at age 26, was recently named to the 2019 Forbes magazine Consumer Technology 30 under 30 list.

I contacted Ms. Scheider and she graciously agreed to this interview.  After a few minutes of both of us sharing stories about her grandfather, we got down to business.

Mike Smith:  What exactly IS the Plotaverse?

Sascha Scheider:  The Plotaverse is a digital sharing platform.  I started it with my partner, Christopher Plota, who is a professional fashion, advertising and celebrity photographer.  He’s been in the industry for 30 years and has always been on the cutting edge of technology.  I have a background in painting, business and the arts.  We got together and started talking about what we could do because in the industry a lot of photography is just going straight to video.  And when you become a photographer and are passionate about that, you don’t want to just shoot video.  You want to shoot photos.  They are really two completely different things.  So when we started talking I told him that I was seeing the same thing in the fine-art world.  Artists are trying to stay relevant but aren’t sure how because everyone is moving towards moving images.  How do we help them?  He has been animating still images since the early 2000’s.  He told me about his process and we started talking about it.  When we met we became inseparable.  He’s my partner, he’s my boyfriend.  (laughs)  We’re partners in every way.  So we started developing and creating things.  We started off with Plotagraph, which is our image animation technology.  We started out on desktop and now it’s on mobile – featured in the app store, it’s number one in photo/video.  We had no idea it was going to take off this big.

While we were creating Plotagraph we also discussed creating a community.  At the time we were living in Florence, Italy, where I studied art for almost four years.  I had an apartment there so we were in Florence taking about creating a community.  So last year, on Valentine’s Day, we launched Plotaverse, which is our mutual sharing platform where you can post high quality digital art.  Plotaverse is the whole community for the entire motion-art movement.  It’s not just Plotagraph.  It’s Cinemagraph, time-lapses, motion graphics…really anything you can think of.  We’ve added Plotaeffects and Plotamorph.  This is a hub which is one big creative tool.

MS:  What has been the response from people that have used the site?

SS:  It’s been amazing.  They see what can be done with just one photo and they realize they can do the same thing with all of their photos.  Historic photos.  New photos.  You have your photo and you can “move” any part of the image you want to.  Say you had a photo from Jaws and you want the water to move while the shark stays still.  You can do that!  And it’s almost like being on a loop…it never ends.  And it’s very easy today to take photos.  Cameras are everywhere, even in phones.  And the process is eye-catching.  We are seeing that, when used on social media, topics are getting 10 times more engagement using an app from the Plotaverse.  Paris Hilton started using it last July on Instagram and since then she’s gained  5.7 million followers.  And we see it working well with advertising.  They say a picture tells a thousand words.  It already has a story.  It has a dialogue.  It’s just not moving.  When you add some of our technology you’re still telling the same story but you’re getting your message across a lot easier.

People today have an attention span of about six seconds.  The days of the 30-second spot are going away.  But how can you make a whole video in six seconds?  How are you going to get that message across?  That’s were the Plotaverse really comes in and saves the day.  You already have the story within the image but now it’s moving and looping those six seconds.

MS:  Last year you held a very successful contest in conjunction with Nelson Mandela’s 100th birthday.  Are you planning anything for this year?

SS:  Right now we have nothing planned but I’ll definitely keep you posted.

MS:  What’s next for the Plotaverse?  Do you have more surprises in the works?

SS:  Absolutely.  We recently launched PlotaTV, which will be a series of interviews covering the world of motion arts.  They will be educating and helping the community understand what motion art is and how they can use it to help monetize their work.  The whole idea is giving these artist a way to bring their art to the next level.  We also have plans for more apps down the line.