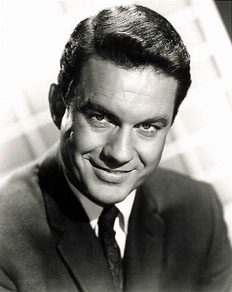 Cliff Robertson, an Oscar winning actor whose career spanned seven decades, died earlier to day, one day after his 88th birthday. According to his secretary of 53 years, Evelyn Christel, Mr. Robertson passed due to natural causes.

Born in Los Angeles on September 9, 1923, Robertson began his acting career with small, uncredited appearances in low budget films. In 1952 he began working in early television programming, working up to the title role in “Rod Brown of the Rocket Rangers.” Other early appearances include “Hallmark Hall of Fame,” “Celebrity Playhouse” and “Robert Montgomery Presents.” In 1955 he made his first credited film appearance opposite William Holden and Kim Novak in “Picnic.” Other roles followed including “The Girl Most Likely,” “The Naked and the Dead” and “Gidget.” He also continued working in television, appearing on programs like “The Twilight Zone,” “Ben Casey” and “The Untouchables.”

In 1962 his star rose when he was personally chosen by President John Kennedy to portray him in “P.T. 109,” which was based on the true story of the sinking of Kennedy’s boat during World War II. After the release of “P.T. 109” Robertson’s roles got a little better. He played Charly Gordon, a retarded man who, because of a medical experiment, becomes a genius, in “Charly,” the film adaptation of Daniel Keyes’ best selling book “Flowers for Algernon.” For his performance in the film Robertson received the Academy Award for Best Actor. He was that success to direct a script he had written called “J.W. Coop,” about a rodeo cowboy who returned to the circuit after spending several years in prison.

Despite his Oscar, Robertson continued to work in television as well as films, including a tongue in cheek performance as the villain Shame on “Batman.” Though he appeared in some fine films in the 1970’s, including “3 Days of the Condor” and “Obsession,” it was a film he didn’t appear in that earned him notoriety. In 1977, while preparing his taxes, he noticed a $10,000 payment from Columbia Pictures that he never received. Upon investigating it was discovered that David Begelman, then head of the studio, had written a check to Robertson and others and cashed them himself. Begelman was quietly fired and, in 1995, committed suicide. Urged to keep the dirty business secret, Robertson went to the press. The resulting investigation became the basis for the book “Indecent Exposure,” one of the best “Hollywood” books I’ve ever read.

His film output wasn’t as great in the 80’s, with Robertson claiming to have been blacklisted because he spoke out about Begelman. He did appear in Bob Fosse’s “Star 80” and Douglas Trumbull’s “Brainstorm ,” but neither were popular at the box office. He worked sporadically the next two decades. In 2002 he became a star to a new generation of fans when he appeared as Uncle Ben in “Spider-man,” a role he would continue in the two sequels.