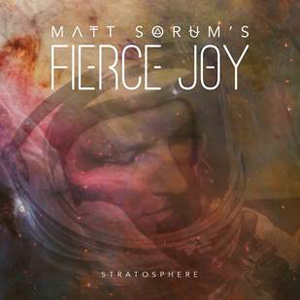 Drummer/Frontman Matt Sorum has just released a new video for his song “Ode to Nick”. The somber track is the latest in a series of video releases from Sorums new solo project “Matt Sorum’s Fierce Joy” and come in the wake of the group’s debut album “Stratosphere” which was released in March of this year.

Sorum recently had this to say about the new video: “Ode to Nick was written as a love song to my wife Ace. I have always loved Nick Drake from the first time I heard the Song “Riverman” from the “Five Leaves Left” album. His poetry was beautiful, deep and honest – the way love should be. I used Nick Drake as a metaphor for love, and the romantic sentiment of his song titles are used throughout. I thought of the most peaceful place that I spent my childhood, at my grandmother’s lake house on Green Lake, Minnesota and the sound I would hear in the distance … a loon. Hence the chorus, “Love is a boat on a lake, Just you and me and Nick Drake”.

“I’d like to dedicate this video to the actor that played the Riverman on the bus stop bench Vince Guarino who passed away August 5, 2014. “There are things behind the sun.”