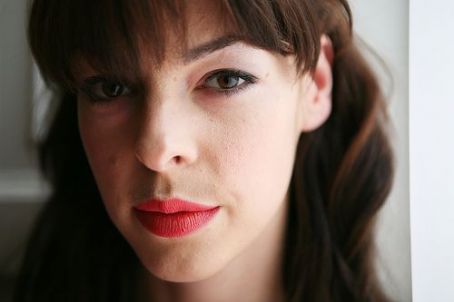 Pollyanna McIntosh is the star of Lucky McKee’s new film “The Woman” based on a Jack Ketchum novel.  This is her second time working on a novel turned film from Jack Ketchum after 2009’s “Offspring”.  Media Mikes had a chance to chat with Pollyanna about her role and what we can expect from 2012.

Mike Gencarelli: What was it like revisiting your role of the woman in “The Woman”?
Pollyanna McIntosh: There was some trepidation because I wanted to make sure that I was going to be able to do justice to the script. It is such a supercalifragilistic version of the woman. It’s her in the most extreme circumstances that they could come up with. I started reading the script and it scared the shit out of me. Having spoken to Lucky (McKee) about the tricky parts, we realized we were both very much on the same page. It’s such a meaty role but what was most important to me was ensuring the right message was put across. I am very serious about that. I could really tell that we were going to work very well together as we both had the same ideas about what is important. After that I got really excited.

MG: What do you think was the most difficult part of working on this role?
PM: It was such a joy. I think the challenge was leaving everybody at the end of the movie. The rest of it was an absolute thrill. Meeting Angela (Bettis) and Sean (Bridgers) was like jelly beans in a jar. We were always joking around which was an extra plus. It was definitely harder leaving than the filming itself.

MG: How do you prepare for a role like this?
PM: I had to squash my mode of operating in our “modern” society basically. I went to the woods for a while and stayed on my own. I think that was the first time in my life I have ever been completely alone. That’s quite mental to think about. I didn’t go bananas as I really enjoyed it. I also did research on big cats, wolves and apes. I watched some documentaries about feral children as well as “First Blood”. (Laughs) I was absolutely appalled when I had to get that from the video store. But it was fantastic! I worked out a lot as well. It was a lot of fun working out specifically to create the kind of body I felt she would have. That was, once I got over the embarrassment of being in a Hollywood gym and having people in makeup and pink spandex watching you crawl around on the floor, leapfrog and hang off the bars like an ape!

MG: Did you have any trouble winding down from some of the intense scenes?
PM: I buggered off on a 10 day road trip after the shoot. I did 10 states in 10 days. I just packed up my kit bag and got back into civilization pretty fast. I had a lot of alone time while driving which allowed me to decompress too. I would recommend doing that to any actress after an intense shoot. It is sort of a weird thing to be dumped back into everyday life.

MG: What do you find most intriguing about working with Jack Ketchum?
PM: It’s really interesting to see how Lucky and Jack collaborated on this. It really is a true team as they managed to write the screenplay and the book together from different States. To get inside a feral woman’s brain the way Ketchum did in “Offspring” is incredible. Lucky and Jack both have a great love for the underdog and I think that is something that is clear in the writing but it’s not sentimentalized. I would have never read a Ketchum book if it hadn’t been put in front of me by Andrew van den Houten. I’m very grateful.

MG: What do you have planned for 2012?
PM: I just finished a film written and directed by Brian McGuire that I am very proud of called “Prevertere”. Brian is a nut job as he will write something in 10 days then shoot it in another10 days and have it edited in 8 days. He is mental and I love him. I am about to shoot a film called “Filth” which is an Irvine Welsh adaptation starring James McAvoy. We start shooting that in about a week in Scotland. I will be around my countrymen. I ‘m really looking forward to that. I’ll eat a creme egg (British chocolate) and visit the site of the Battle of Banockburn.