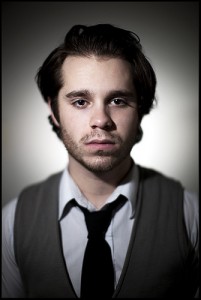 Ryan Pinkston is co-starring in a new film “Infected” with Vinnie Jones, Danny Glover, Beverley Mitchell and Margo Harshman.  Media Mikes had a chance to chat with Ryan about his role in the movie and also what else he has planned.

Mike Gencarelli: Give us a little background on the film, “Infected” and your role in the film?
Ryan Pinkston: “Infected” centers around a group of friends that get together and go on a trip to celebrate the return of their best friend, Dean, who had been in Iraq for the past couple of years. The group decide to go on a trip when their plans become postponed due to a family issue. Deans grandmother is being evicted because the State sees her home as an “unhealthy” place to live. So the group decides they will go there first and help around the house before the rest of their trip. To their surprise the house is in way worse of a condition then expected. they start to clean, when all of a sudden one the friends contracts a deadly virus that could be a threat to the rest of the group. Then a second friend contracts it. it’s complete hell! the remaining friends have to devise a plan to help the sick and get out safely. Meanwhile, there is a another party who is responsible for this virus that the group is unaware of. And Dean and the friends have to get to the bottom of it before they all get the virus and ultimately die.

MG: How did you become involved with the film?
RP: I had read the script a couple months back and really liked the idea, and had always wanted to be in a suspense/horror/thriller film. I had always done comedy (which I absolutely love), but thought it would be so much fun to be apart of a movie where there is constant energy and roller coaster of emotions. Then i met with our, amazingly talented director, Jason, and he exuded so much passion about the project that I really had no choice but to do it. Haha. A month later we were on set.

MG: You worked with both Beverley Mitchell and Margo Harshman on “Extreme Movie”, how was it reuniting?
RP: Well, first off, let me say how much I adore both of these ladies. I actually grew up with Margo and have been secretly in love with her since i was little. So working with her was a complete delight. And don’t worry she already knows this. Funny thing about extreme movie though is that because they were all a bunch of short films put together, I really didn’t work with either of them. But, I’m happy to say we’ve done another movie together. Two very talented ladies.

MG: You have worked on a lot of comedies in your career, so this film must have been different for you right?
RP: Yeah, it’s COMPLETELY different from anything I’ve ever worked on, which is why i was so excited to be apart of it. Never had to scream and cry so much… Well unless I’m watching my Lakers or Redskins lose. Can’t have that.

MG: Do you think we will be seeing a second season to “Tower Prep”?
RP: It’s up and down with “Tower” one day we’re back and the next we’re not sure. All I know is that i had such an amazing time working on the first season, and would love to be apart of a second if it came down to it. Love Cartoon Network, and Paul Dini and everyone who was apart of it. Best of all, I’m now actually real room mates with my “Tower Prep” room mate, Drew Van Acker. So at the very least I made a really good friend out of the experience, and I thank Cartoon Network for kindness and support they showed.

MG: What do you have planned next?
RP: Well next, literally speaking, I’m going home to visit my parents back East to have a little down time and enjoy my roots. So I’m really excited for that. other than that i just finished working with Don Cheadle and Kristen Bell on their new Showtime show entitled, “House of Lies” which premieres January of next year. Be sure to watch.