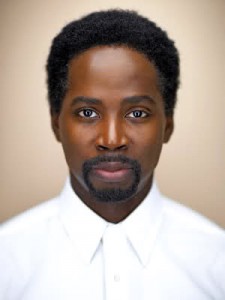 Harold Perrineau is currently playing the role of Damon Pope in FX’s “Sons of Anarchy”. He joined the cast of the show this season with it’s all-star cast. Harold is known for his roles in shows like “Oz” and “Lost”. Media Mikes had a chance to chat with Harold about his role and what we can expect.

Mike Gencarelli: How did you become involved in this show “Sons of Anarchy”?
Harold Perrineau: I knew they were looking for Damon Pope for a while. Kurt Sutter was tweeting about it and I followed him on Twitter. My wife is always reading it and one day she said, “You know, they still haven’t found Damon Pope, Maybe you should try to send Kurt an e-mail.” And so, I did and sent him an e-mail just to see if I could get a meeting with him and he took the meeting and we sat and talked about it. By the time I got home, he bravely said, “Let’s do it.” And so, there I am.

MG: Can you talk about kind of how you prepared for your role of Damon Pope and how you just go into that mindset?
HP: I had talked to Kurt Sutter a bit about the character. We talked at length a bit about his ideas about Damon Pope, some of the people that Damon Pope reminded him of; one of them being Frank Lucas who was the movie “American Gangster” that Denzel Washington did, was based on his life. And then, I started doing a bunch of research on my own about a different guys who took their sort of street life and then turned them into more legit businesses and that’s kind of how I sort of setup Damon Pope and how he might think or the way he may act in retaliation to things that are very emotional for him like that. So, basically, I just sort of pulledon these different sorts of businessmen and gangsters who I thought had similar kinds of backgrounds.

MG: Listen, so in this show, everyone’s a bad ass, how does it feel coming into this during its fifth season and playing the main baddie?
HP: It was a little daunting I have to say because they are a bunch of dudes who play bad asses. They’re great actors and they do really, really well. And so, I felt in the very beginning it was going to be sort of interesting trying to ingratiate myself into this group of guys while also keeping a bit of distance because I knew that my character is just going to be an adversary and I didn’t want any of my own personal feelings about liking them or any of that stuff to come across with Damon Pope because I think Damon Pope is very focused and serious about what he needs done and wants to do. So, it was a little tricky, but they’re a great cast of people and great actors. And so, they made it really, really easy.

MG: So, what was it about Pope that you liked?
HP: I like the show Sons of Anarchy. I like Kurt Sutter. I like the idea of this guy who’s not just rolling in as some gangster to be tough, but he’s a guy who just lost his child. One of the things that I felt like might be really challenging and kind of fun is to see if the audience members just go like, “Oh, he’s just a terrible guy” or if someone can go, “Hey, if somebody had killed my daughter for a frivolous reason that ‘Tig’ killed his daughter, what would I do” and actually have some empathy for “Pope.” I’m really curious about whether that will ever play out, or if it’s just going to be like, “He’s just a bad dude.” So, for me I thought that was an interesting thing to try to spot and then try to bring to the character.

MG: What else can we expect from Pope in the coming episodes?
HP: You can expect a guy who is looking for satisfaction and he will not be denied. He wants some satisfaction for the death of his daughter and he won’t be denied, period.