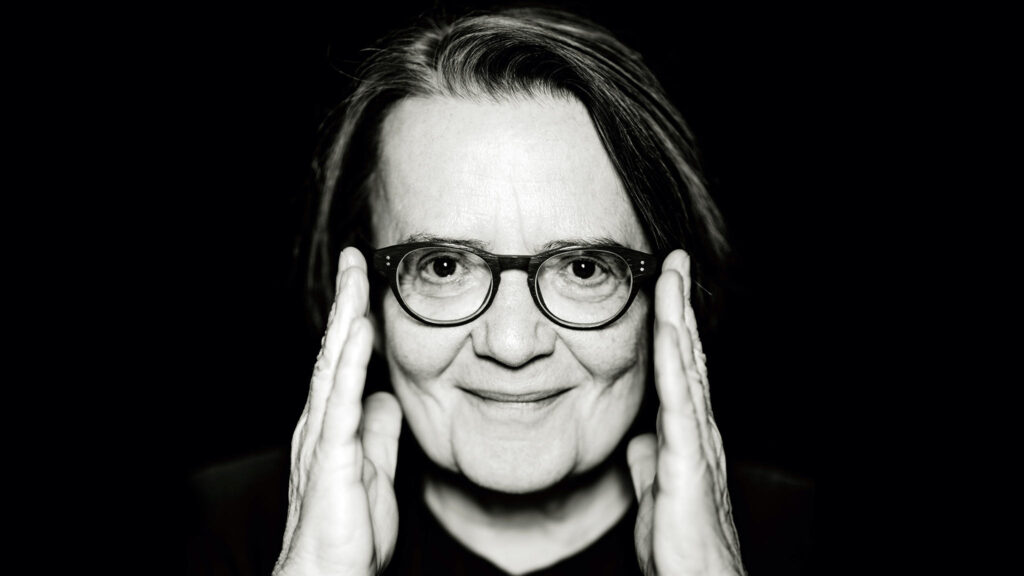 I first met Oscar and BAFTA nominated filmmaker Agnieszka Holland several years ago when I had the honor of introducing her amazing 1990 film “Europa, Europa.”  In my introduction I noted that, when I first saw it I was a theatre manager and watched it at 430 in the morning.  I then commented that I loved the film so much that I threaded up the projector and watched it again.  She told me later in the evening that I had given her one of the best compliments she had ever received. She also very graciously signed my “Europa, Europa” DVD.  Her latest film, “Mr. Jones,” tells the story of a Welsh journalist who broke the news in the western media of the famine in the Soviet Union in the early 1930s and is currently available via Video-on Demand.  “Europa, Europa” recently received a beautiful CRITERION Blu-ray/DVD release.  While awaiting start on her next project, Ms. Holland took the time to speak with me about “Mr. Jones.”

Mike Smith:  What drew you to direct “Mr. Jones?”

Agnieszka Holland:  The script was sent to me by a first-time screenwriter and when I read the script what struck me first was how personal it sounded as well as how relevant it was.  A story about the manipulation of the media – the propaganda – fake news and the consequences of it and how they are relevant to our time.  I realized at the time that the work of Stalin was virtually unknown to the masses and that what he allowed was unjust and wrong. And I knew the story had to be told.  At the beginning, Mr. Jones is curious and bright and a businessman. He wants to discover some new things but what he finds are things that other people don’t see; this incredible tragedy happening to the entire population.  He becomes the messenger that speaks for them.

MS:  Were you familiar with Gareth Jones’s story before you were sent the script?

AH:  Not really. It was only after I agreed to make the film and met with members of his family that I found out they were hearing the story for the first time. It was one of his grand-nephews that discovered the documents that center around the story. After his death his actions had been forgotten. He is best known in Ukraine where he is considered a national hero. Once I read the script I knew this young man’s work had to be brought to the light again

MS:  “Europa, Europa” turns 30 this year. Do people still approach you and tell you the impact the film had on them?

AH:  Yes, the film doesn’t seem to age. They’ve either seen it on television or they have purchased the new CRITERION Blu-ray/DVD.  I hadn’t seen the film myself in quite a while and I recently introduced it at a film festival and I was surprised at how well it stood the test of time

MS:  You work a lot in both film and television.  As a director do you have a favorite medium?

AH:  Television is easier because as a director you don’t have to be totally involved.   You are just helping to tell the story. On a film the director is responsible for everything. On television you have several layers of responsibility from the show runner on down, and rarely does a director do the entire series. I will share my vision but it’s not entirely my own work so things go a lot smoother and entirely faster.

MS:  What is your next project?

AH:  I just finished a film called “Charlatan,”  a Czech film that recently premiered at the Berlin Film Festival. It was supposed to open in European theaters in March but because of the Covid lockdown it will probably be released in the fall. It was well received in Berlin so I hope the people like it. I’m now preparing to shoot a television series for Apple TV which will be filmed in Paris but we are waiting to see when we can begin filming, again due to the current situation. Right now it would be impossible but we are continue to prepare it so will be ready when we are allowed to start.