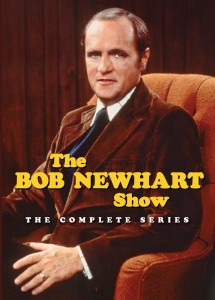 Dr. Hartley will see you now… Shout! Factory is bringing the The Complete Series of “The Bob Newhart Show” home to you in a spectacular 19-DVD box set. This iconic TV show is still relevant and extremely funny today. Bob Newhart has always been a riot and even still continues to co-starring recently in CBS’ hit sitcom, “The Big Bang Theory”. Originally airing on CBS from 1972 to 1978, this show is no question of the best television shows of all-time. I feel that if a show is able to still be this funny after all these years that it deserves to be considered a legend. I look at TV today in disgust as our programming is garage compared to real shows like “The Bob Newhart Show”. This is a must for an true classic TV fan out there.

Official Premise: This sitcom classic stars the incomparable Bob Newhart as Dr. Robert Hartley, a Chicago psychologist who finds himself surrounded by some unusual and neurotic characters on the job, as well as at home! Hartley faces an uphill battle to not lose patience with his patients, but with the support of his quick-witted wife Emily (Suzanne Pleshette), you can count on him to conduct a healthy session of laugh therapy in all 142 episodes of The Bob Newhart Show. An outstanding supporting cast is on call to back up Newhart and Pleshette, including Bill Daily (I Dream of Jeannie), Peter Bonerz (Man on the Moon), Jack Riley (Rugrats, Spaceballs), and Marcia Wallace (The Simpsons).