I have been playing Monopoly as long as I can remember but I guess I can say that I have never actually played Monopoly till I played “Monopoly: Teenage Mutant Ninja Turtles Edition”. Even though this is not the 80’s cartoon that I grew up with, I still love it and if you are a fan of the current Nickelodeon cartoon you are going to love it also. If you are a hardcore fan of the 80’s cartoon and not a huge fan of the new series, don’t worry because there is a Monopoly edition coming out in November for that as well.

In this edition you have the ability to take over New York City and take off featured 22 locations found in current TV series like Donnie’s Workshop & Lab (Replacing Boardwalk and Park Place), Rock Bottom Boxing Club, Antonio’s Pizza-Rama, Kraang’s Lair, Shredder’s Hideout and Splinter’s Dojo. Instead of only traveling by trains in the original game, here you can travel in high tech turtle mobiles like the Patrol Buggy, Foot Clan Bike, Stealth Cycle, and ShellRaiser from the series.

There are six new collectible tokens included. Of course, you get the choice to either play for the side of good or the side of evil (or even Pizza). The tokens included are Kraang, Spike, Throwing Star, Mutagen, Shredder’s Mask, and of course PIZZA. The classic Chance and Community Chest cards are translated into Allies and Enemies cards.  This edition features  not money but Turtles cash featuring your favorite characters: $1.00 Shredder, $5.00 Raph, $10.00 Leo, $20.00 Mikey, $50.00 Donnie, $100.00 April, and $500.00 Splinter.

I was a little taken back that you couldn’t necessarily play with a token as each of your favorite turtles but I commend the brave choice to shake things up and be a little brave. If you are a turtle fan, you will no question find this game especially fun and creative. I look forward to sharing this game with my daughter as she grows up. She is two years old and already a huge fan of TMNT, so this will be popular game for sure in our house (or at least until the 80’s cartoon version comes out). 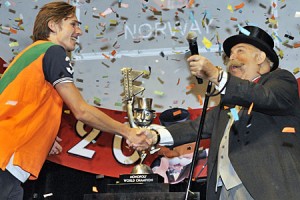