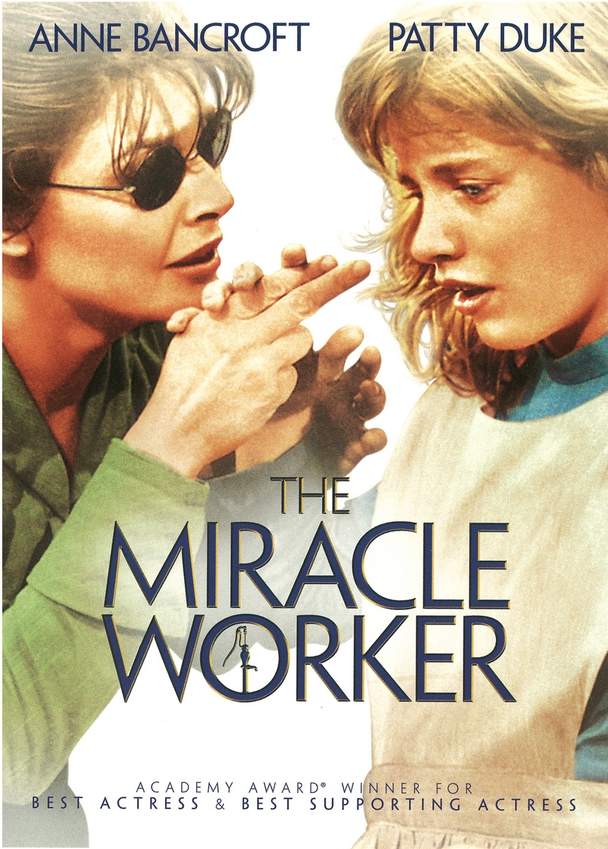 If it’s May, you can rely on two things: the start of the summer movie season and another great Bruce Crawford produced film event in Omaha, Nebraska.

On May 23rd film historian Crawford will host his 34th Classic Film Tribute, presenting 1962’a Academy Award winning film, “The Miracle Worker.” Joining Crawford this evening will be the film’s co-star, Patty Duke. This special event is a benefit for the Omaha Parks Foundation and will be held on Friday, May 23rd at the Joslyn Art Museum, 2200 Dodge Street in Omaha, Nebraska. The event begins at 7:00 p.m.

Based on the play by William Gibson, “The Miracle Worker” tells the story of young Helen Keller (Duke), born deaf and blind, and her relationship with her teacher, Anne Sullivan (Anne Bancroft). Nominated for five Academy Awards, the film won two Oscars: Bancroft for Best Actress and Duke as Best Supporting Actress. At age 16 Duke became, at the time, the youngest person to win a competitive Academy Award and today she remains the third youngest, behind 10 year old Tatum O’Neal and 11 year old Anna Paquin. Ms. Duke has also won two Golden Globes and three Emmys, including one for portraying Anne Sullivan in a 1979 television version of “The Miracle Worker.”

As with other events, artist Nicolosi has designed a commemorative U.S. Postal Envelope honoring the film which will be unveiled at the event. Also, sculptor Susan Woodford and artist Anne Nye will display their metal and stained glass creations.

Tickets for this special event are $22.00 and can purchased at the customer service counter at any Omaha-area Hy Vee Food Store. For more information call 402-926-8299 or visit www.omahafilmevent.com

To celebrate the DVD release of “Call Me Mrs. Miracle” & “The Shunning”, Media Mikes would like to giveaway ONE copies of each film on DVD. If you would like to win one of these great prizes please leave us a comment below or send us an email and let us know your favorite Hallmark Original film. This giveaway will be open until Monday October 24th at Noon, Eastern Time and is only open to residents of the United States. Only one entry per person, per household; all other entries will be considered invalid. Once the giveaway ends, Movie Mikes will randomly pick out winners and alert the winners via email.

“CALL ME MRS. MIRACLE”
SYNOPSIS:
Doris Roberts reprises her role as Mrs. Merkle (Mrs. Miracle) and brings hope for the holidays. Posing as an unassuming toy department clerk, she sets out to ensure that this Christmas is memorable and meaningful for all at a struggling family-owned department store in New York City. With broken dreams to mend and promises to keep, Mrs. Miracle has her work cut out for her, but she won’t give up until she delivers a merry, meaningful Christmas for all! Also starting Jewel Staite, Eric Johnson and Lauren Holly.
“THE SHUNNING”
SYNOPSIS:
Katie Lapp (Danielle Panabaker) has always struggled with the rules that define her sheltered Amish community, but when a wealthy outsider (Sherry Stringfield, TV’s “ER”) begins asking questions about her family, Katie begins to wonder about her origins. What connection does this woman have to her life…and how will the unraveling secrets challenge Katie’s faith?  Beverly Lewis’ The Shunning is a powerful, personal journey of discovery based on the famous novel by the New York Times bestselling author.