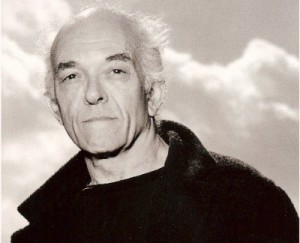 Mark Margolis talks about his role in “American Horror Story: Asylum” playing the role of Sam Goodman. He appeared as a Nazi hunter introduce in the episode “I Am Anne Frank, Part 2”.  Mark is also known for his role of Tito in “Breaking Bad”.  Media Mikes had a chance to chat with Mark about his role on the show.

Adam Lawton: How did working on this set of “American Horror Story” compare to maybe the work you did on “Breaking Bad” or one of the other series that you’ve been involved with?
Mark Margolis: Well, they took the bell away from me.
AL: Ding, ding.
MM: I had to actually speak, so that was tough. They soon discovered that the guy is better with a bell, but it was too late because they had already employed me. I mean, Breaking Bad is a whole other thing. It’s in a whole other locale, in New Mexico, which is a whole other feeling and this was a strange 1964 kind of shabby motel room. It was just a whole other–it was something about working in American Horror Story; everything was very brown and gray, which is the complete opposite of New Mexico, even though my character in New Mexico was sometimes in a grim nursing home; whatever. It was completely different. It was a whole other kind of man with a whole other demeanor, a whole other world, and had come from a whole other world etc., etc.

AL: Do you find the character of Tio being–obviously it had to be a little bit more of a challenge without speaking much compared to the Sam Goodman character?
MM: Not really because all of it is–in both cases, it’s just like in life, we’re responding to what’s coming at us. Even though Tio can’t speak, his mind works well, and he’s responding to what’s coming at him. In this case, my character was able to speak and respond. There is an equivalence in that area of acting, I guess I would say.

AL: What was it about maybe portraying a Nazi hunter, what lured you to the role of “Sam Goodman”?
MM: Nazi hunters are kind of fascinating characters. I was actually–about a year and a half ago, I was up for a film with Sean Penn, the part of a Nazi hunter, and it was a marvelous character. I think the film is coming out in a couple of months called This Must Be the Place. The part eventually went to Judd Hirsch, but I was really hot to do it. Those are fascinating characters. I’ve read over the years–I’ve read a great deal about Simon Wiesenthal, who is probably the world’s most famous Nazi hunter. I think he’s the one that located Eichman in Argentina, or he’s located others. They’re fascinating people with a certain kind of a mission of devoting their lives to catching these people who are aging and dying–I think that world is almost disappearing at this point. If there’s anybody left, they’re in their 90s. When I heard that it was a Nazi hunter, I was quite excited about that.

AL: What is the reason why people really enjoy “American Horror Story”? Maybe it’s the format, or maybe it’s just something inside of us that we just love to be subjected to this kind of visual trauma?
MM: Well, it’s got wonderful actors on it, the principles. The regulars on the show are quite incredible. I mean Jessica Lange is amazing. Cromwell is amazing. There’s a whole group of them that are quite terrific; the regulars. I’ve never seen a show like that. I worked in all of Darren Aronofsky’s films. On some level I find a lot of the way that they cut from one thing to another to an eyeball. They’re always going to eyeballs. It’s very reminiscent of what Aronofsky did in his first film Pi where there were these very quick cuts. You know; you’d see a needle, an arm, and then an eyeball expand. They seem to have–I mean I don’t know, they seemed to have gotten some inspiration from the way that Aronofsky’s films cut from one thing to another. That also used in other films of his, but I don’t know, I’m sure there are other people that have possibly done what Aronofsky did, and that kind of movement is pretty exciting I think in a way as opposed to things that go on for five minutes and nothing much changes. It’s kind of exciting. It’s a jump from one thing to another thing to another thing; it’s like pop, pop, pop.