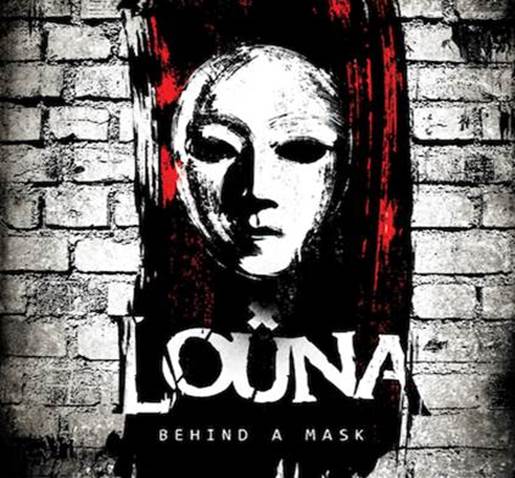 The world we live in continues spiraling down into violence caused in large part to the religious differences and political oppression that exists throughout our planet. What is not often recognized is that this is a problem not just in America, but all over the world. Religious zealots from Chechniya took nearly 1000 hostages in 2002 in a theater in Moscow resulting in over a hundred deaths. In 2004, over 40 people were killed when a terrorist suicide bomber from Chechniya blew up a subway car in Moscow during rush hour. And now in 2013 terrorists from Chechniya were responsible for the Boston Marathon bombing. We must remember we are all experiencing these tragedies across the globe. The imagery of religious and political struggle is not spoon-fed fantasy on the screen, but is instead a horrifying reality that is taking its toll on lives throughout the world.

Today, Russian rockers LOUNA release their new music video for ‘Business’, to remind fans new and old, that all cultures share in the heartbreak and strife that results when religious intolerance and hatred control the minds and hearts of people. This honest and thought-provoking new music video points out the misfortunes and dangers of religious and political oppression in our world. The video was originally completed in late March and was slated to be released in mid-April, just prior to the release of their new album Behind a Mask. Due to the horrible and unspeakable acts committed in Boston at that exact time, it was decided that it was inappropriate to release this video until the present. Now that there has been some measure of resolution and those responsible are in custody, LOUNA and their management believe that the message of this song and video are more appropriate to present.

LOUNA faces religious zealotry issues in their home country on a continual basis. LOUNA feels Orthodox church has been, and remains, a tyrannical and overreaching institution that is above criticism or reproach and is directly responsible for the loss of freedom of so many people in Russia (most recently their influence and involvement in the incarceration of the members of Pussy Riot). The United States has experienced yet another shameful, religiously motivated act (Boston Marathon bombing) first hand and has overcome that oppression by standing together and fighting back. The band empathizes with the tragedy that took the lives of innocent people and wishes to express their deepest condolences for the senseless loss of life that took place in April. Both Russia and the United States have been the victims of religiously motivated acts of terror, and it is the opinion of LOUNA that it is time for an awakening. It is time for us to stand together.

The new video for ‘Business’ has been unveiled exclusively by CraveOnline.com and is available for viewing now. ‘Business’ pays homage to several of the greatest films in history, and builds upon the symbolism contained within each of them to deliver a consistent and clear message: the reality perceived by the masses is no closer to the truth than two plus two equaling five. In doing so, LOUNA created the most epic and expensive music video in the history of Russia was created. Consisting almost entirely of CGI and filmed at the largest green-screen sound stage in Russia, ‘Business’ is quite simply art. Directed by young filmmakers Oleg Taravkov and Dmitry Zuev, and written and produced by Travis Leake who also wrote the lyrics to the song ‘Business’, this video represents an artistic vision of a world torn apart by religious hatred and intolerance.

In this video you will see two sides, enslaved by opposing yet equally messaged propaganda. There are attacks motivated by intolerance, first using stones as in the ancient times, and then progressing throughout the ages as technology developed. A bomb, a drone strike and finally a suicide bomber. The result is the mutual destruction of both sides and the death of innocent people caught in the crossfire.

Religion is a serious subject even in our modern and sophisticated world. Religious conflict shapes and forms the geopolitical realities that all of us, everywhere in the world share. None of us are untouched by it. LOUNA does not wish to tell anyone what they should believe–or not believe–but merely to consider that the struggle between these two sides will (in all practical reality) never be decided, because it is impossible to decide. The wars that are fought and have been fought between Islam and Christianity are older than any of us, or anyone who is alive today. The killing and bloodshed and hatred and envy and despicable acts that are committed by both sides must end for there to be any hope for peace. There are no innocent participants in the modern war for the hearts and minds of people.

In a band declaration, LOUNA states, “LOUNA would like to welcome you to our vision of the world. The message of the song and the video will likely encounter two types of viewers: those who will embrace it and those who will despise it. Probably no one will be able to watch it and listen to the song and have no opinion one way or the other. The message of the song and the video is a sensitive one, and everyone in LOUNA realizes the real possibility of some cultures in the world declaring holy war against us, and others will denounce it as atheist propaganda. While it is true that we in LOUNA are all atheists, the message of our song and video is nonetheless undeniable and illustrates the chaos and death that result from religious conflict. Our priorities are people, peace, truth and freedom. We are demonstrating the truth and saying what so many in the world think but are too afraid to articulate. We will not be silenced by intimidation or fear.”

LOUNA’s new album, Behind a Mask, was released last week via Red Decade Records and MEG/RED. The album will appeal to fans of a blistering and passionate hard rock sound. North American fans will recognize the album’s clear handiwork— Behind a Mask was mixed by renowned producer/engineer Dan Korneff (Breaking Benjamin, The Pretty Reckless, Papa Roach, My Chemical Romance, Paramore) and mastering duties were handled by the legendary Ted Jensen of Sterling Sound, New York.

For more information on LOUNA, please visit these websites: