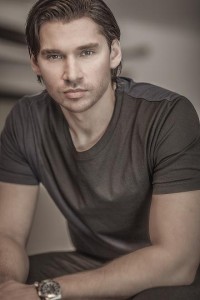 Growing up in Russia, Vlad Yudin took advantage of his countrymen’s love of movies by seeing pretty much everything he could.  Be they action films from America or the more “art” films of Europe and Asia, each time he left the theatre he could envision himself making movies one day.

After a successful series of documentaries on rap artists like Big Pun and Twista, he turned to features.  His first film, “Last Day of Summer” earned good reviews and can currently be seen on the various Showtime cable television channels.  His next project is “Generation Iron,” a revisit to the world of professional bodybuilding that was made popular in the 1977 documentary “Pumping Iron,” the film that introduced Arnold Schwarzenegger to the world.  What was intriguing about “Pumping Iron” was not the actual body building contest but the mental contest played between the participants.  In one segment Schwarzenegger senses that Lou Ferigno is not mentally ready to compete and slowly begins to attack him.  By the time Ferigno took to the stage he was already a loser in his mind, enabling Schwarzenegger to win his 7th consecutive Mr. Olympia title.  The film also serves as an early example of the sheer willpower that Schwarzenegger has to achieve whatever his goals may be, from Mr. Olympia to Hollywood star to Governor of California.
While in post-production on “Generation Iron”, Mr. Yudin took time out to talk about his inspirations, the benefits of bootlegging and his upcoming projects.

Mike Smith: As a young man growing up in Russia what inspired you to try your hand in the film business?
Vlad Yudin: As a young boy I enjoyed going to the movies…all kinds of movies. Living in Russia gave me access to films from all over the word. European films, American films, Asian films…I used to watch everything. I would watch a film and think about what it would be like to make one. So that’s where the interest came from and I kept that interest growing and growing and growing and little by little I got into it.

MS: We’re there a lot of western films available to you?
VY: In Russia in the early 1990s there was a lot of bootlegging going on. You could get almost anything on VHS tapes. So we would buy them and trade them with each other. That gave us a chance to see everything from action films to horror films.

MS: Addressing “Generation Iron.” What made you want to revisit a film like “Pumping Iron” and update it?
VY: Well first it’s important to mention that “Pumping Iron” was a monumental film. Not only as a documentary, but as Arnold Schwarzenegger’s introduction to the world. It changed the entire fitness industry and introduced body building to the world. In the 35 years since it’s been released the fitness industry has gotten huge…it’s big all around the world, but the sport of body building is still relatively unknown. It seemed like a great sport to revisit and to try to introduce some characters who just happen to be body builders. I think that’s what made the first film so interesting and fun to watch. The guys were just so colorful. So to me it made sense to revisit it.

MS: The competition aside, to me the best parts of “Pumping Iron” were the behind the scene looks at the various competitors and their lives. Will “Generation Iron” continue that theme?
VY: Definitely. That’s what really made the film. The great access I had to these guys behind the scenes…how they prepare. I mean, the most important thing is the preparation. In body building, when you go on stage and pose you’re showing off what you’ve been working on for the last year. Dieting…working out…your lifestyle…pushing your body to its limits every day. This is all of the stuff that takes place off stage. This film is about how much these guys want to win and how seriously they take it.

MS: A lot of your work to date has been documentaries. Do you hope to branch out and create fictional feature films?
VY: Absolutely. I would love to work in both directions. To me it comes down to making an interesting film…be it a documentary or a narrative feature. As long as the film is interesting to watch.

MS: Do you have a project planned after the release of “Generation Iron?”
VY: A few projects. “Generation Iron” is scheduled to come out this summer. Then we have a graphic novel being developed called “Head Smash” which will then be developed into a feature film. The graphic novel will be unveiled this year at the San Diego Comic Con. We also have a horror film in post production called “Catskill Park,” which should be ready by the end of the year.