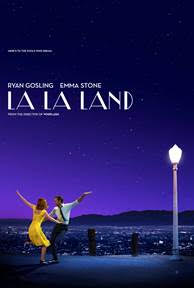 Earlier this year I found myself listening to 80’s music thanks to “Sing Street,” a semi-original musical about growing up and finding your own unique voice in the chorus. I was enamored with the movie’s somewhat original music. I found myself reflecting on what makes original content, that pays homages or mirrors the past, refreshing for the soul. Something fresh and new makes you feel young, but if it’s also acting as a salute to previous generation, conjuring up fond memories.

I’m not going to claim that I’m old. If anything, I’m always jokingly belittled by my co-workers for being the young pup. So, I can’t claim that “La La Land” is evocative, but I understand what it’s reminiscing about. From the get go it establishes itself as a neo-classical musical that generously throws back to the tap dancing or over-the-top ensemble singing of “Going Hollywood,” “On the Town” or “Singin’ in the Rain.” The style clashes with the 21st century in unique ways, allowing the viewer to take a step back in time and refocus their senses in the current era.

Sebastian (Gosling) is a jazz pianist, struggling to make it as a musician for hire. So much so that when he’s handed a setlist, he finds himself playing off into his own groove or rhythm. Then there’s the aspiring actress Mia (Stone), who’s paying the bills by being a barista and making it to as many auditions as she can. The two awkwardly, and too consistently, bump into each other indirectly or directly. The sparks fly however when the two realize their encounters may not be coincidence.

“La La Land” is a love letter to a bygone era of cinema and antiquated model of love. It may be intentionally subversive that the two leads bump into each other so much before eventually exchanging flirtatious jabs or a callback to how gimmicky people on the silver screen used to fall for one another. Regardless of Damien Chazelle’s intentions, he has a lot of fun playing with the clichés of the movies, while sadly using them to help move the story along.

What Chazelle does do wonderfully however, is show off his expertise as the writer and director as if he’s become a scholar of the musical genre. The script isn’t as airtight when the theatrics, dancing, and music aren’t all working together, but this kind of endeavor could easily suffer more if it was too heavy on the music. The length is the right amount of time and the ending is a wonderfully melancholy exclamation point on a movie that will inspire some, and cause others to give pause and reflect.

Despite not being natural singers, Goslins and Stone on their own carry a tune, moreso Stone. The big numbers, including the opening, blend together whimsical dancing and music infused with jazz, swing and big band. Chazelle, a musician himself, knows when to have the music take over a scene and simply allow the lyrics take over. Just from listening to the soundtrack, I can determine that Chazelle spent more time on the production than the lyrics.

“La La Land” may become the winter darling of those who manage to catch it, I know it’s caused me to spin the soundtrack a few times and tap my foot to its catchy, heartwarming tunes. 2016 has been a dour year, and even worse for the cineplexes that have been populated with big budget sequels that lack creativity to DC superhero movies that lack originality. I’d like to believe that “La La Land” is the light at the end of the tunnel and that anyone who catches it can at least end this miserable year with a smile on their face.