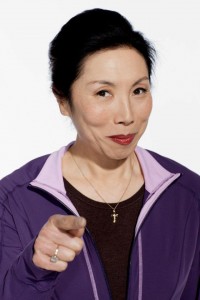 Jodi Long co-stars as Ok Cha Sullivan on TBS’ “Sullivan & Son”. The show is created by Steve Byrne and Rob Long. The show was also already picked up for a second season for 2013. Jodi took out some time to chat about her role on the show and her stories from season one.

Mike Gencarelli: What drew you to work on “Sullivan & Son”
Jodi Long: I got the script and thought it was just so funny. I think we talk about race and make fun of being political correct. I think it is a conversation that America needs to have, look at and laugh at. Everyone has some kind of predjuice. Our cast has this big mixture of this multi-racial and ethnic and that is what this country is built on. You don’t see that sort of thing a lot on TV but it is the reality of our world.

MG: How do you stay serious after giving some of your hysterical lines?
JL: The thing is I do have the best job in show business. We get to laugh all week. You come into work and some have on a laugh pin-stripped shirt and these guys will go off and go five-minutes each on this shirt. So then we get the scripts and Steve and I just have a blast. So much of my stuff is with him and he can’t keep a straight face. We really have to rain it in for the audience, because during rehearing we are always laughing.

MG: What would you say has been your highlight of season one?
JL: The highlight for me has just been working with these great people all the way from Vince (Vaughn) to our prop people. I am being completely serious. There is so much love on this set, it is phenonomal. The energy is just so positive. The episode when I set up Steve on an online dating service and that was a really fun episode for me in particular.

MG: Any cool behind the scenes stories you want to share?
JL: I got a really good one, it happened on shooting out last episode of the season. We had this one guy that was an extra on our show since the pilot, a very nice 90-year old gentleman named Maurice, who always has this veteran hat on. So we got talking one day and I asked him why didn’t he come to the cafeteria to eat one day. He told me that he didn’t like to eat too much before a show, so I thought that was really cool. So the last episode they gave him a few lines and we were all excited. I asked him if he was excited and he told me that his wife was going to be so excited. I asked him why he was still going this at the age of 90 and he said it was better than sitting on home and waiting to die. I just really liked this guy. The day he did his lines, I asked him if he was having a nice day and he told me “Jodi, I think this has been the best day of my life”. He said “I have felt so encouraged or supported before”. He said that in the thirty plus years being a extra that he was NEVER upgraded to a day-player. So I was so excited to have known that and it was just so sweet. This just proves how great this show really is. I have never told anyone in the press this, so you are the first.