Do you remember the Pokémon GO fever that hit the masses a few years back? Well, it seems as if things are about to get even crazier.

We all know that Harry Potter fans are dedicated, to say the least, so when you add an augmented reality game into the mix – you get an experience to remember.

The news about the upcoming Harry Potter: Wizards Unite game have been circling the net for a couple of years now, but the dream became a reality when gamers got a preview of what the game has in store for them.

Players that enjoy all types of games, from classic PC games to Grand Vegas online pokies, are bound to fall in love with the upcoming Harry Potter game. The only question is whether you are planning on joining the excitement or not! Are you ready to learn more about the game?

What We Know About the Game

Anyone who has ever played or seen others play Pokémon GO, know how the new Harry Potter game is going to work. The game was created by two companies – Niantic and WB Games – under the well-known name of Portkey Games.

The plot of the game is pretty entertaining, especially if you are a big Harry Potter fan. In this game, something unexplained is happening in the wizarding world. Magical artifacts, creatures, and even wizards appear in the muggle world without warning.

It will be your job, as a new member of the Statue of Secrecy Task Force, to investigate the cause of the calamity and return order to the world.

Harry Potter: Wizards Unite has a lot of familiar elements you will recognize from other AR games, such as the map you will need to navigate to follow traces of the magical world.

However, the games’ creator added new features that make the game stand out from other AR games we all learned to love.

First of all, Wizards Unite will allow you to take a more active part in the gaming experience. For example, upon locating a magical creature or a wizard, you will be required to perform certain spells to regain control of the situation.

Also, during the game, you will be able to brew potions from ingredients that appear in your region at certain times and under specific weather conditions. From time to time, you will also be required to replenish your energy by visiting inns where you can get food, which also adds a realistic vibe to the game.

Now, what about you? What will your gaming experience look like?

You can be an Auror, Professor, or Magizoologist, and as the game will unfold in front of you, your avatar’s abilities will develop and provide you with more tools to deal with the calamity.

Fortunately enough, the game will allow you to switch professions or houses whenever you want to, so you won’t have to agonize over making the wrong game choices.

Unfortunately, we still don’t know exactly when the game will come out, but it is supposed to hit the market in the upcoming months.

On March 11, we got a preview of what the game will look like, and Android owners now have a chance of pre-registering for Wizards Unite on Google Play, while iPhone owners are still unable to do that.

The muggle world is in an uproar since the moment the Wizards Unite game was announced, and with every new detail the creators reveal, the excitement rises up a notch. Are you planning on playing the game the moment it becomes available to you? 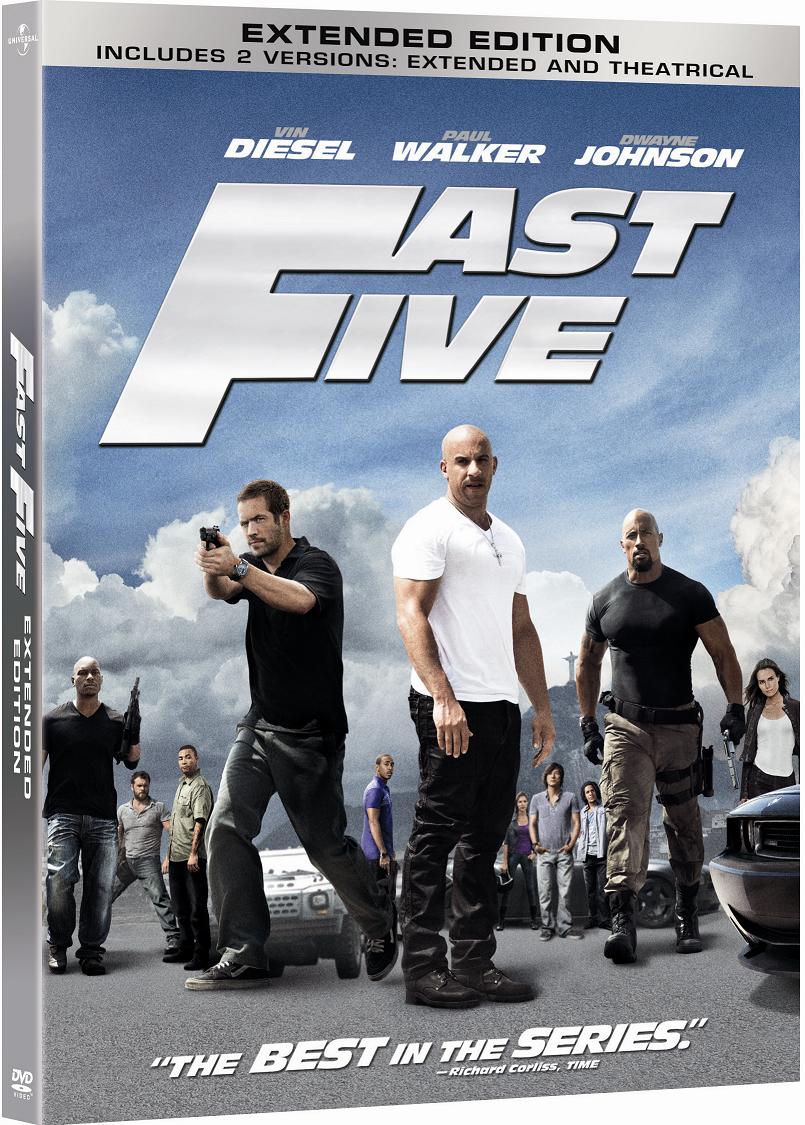 BUCKLE UP FOR AN ADRENALINE-PUMPING HEIST FROM THE EXPLOSIVE FRANCHISE BUILT ON SPEED
STARRING VIN DIESEL, PAUL WALKER, DWAYNE JOHNSON
AND A REUNION OF RETURNING ALL-STARS IN “FAST FIVE”

“The Best of the Series!” – Richard Corliss, TIME

Universal City, California (July 26 2011)—Spectacular street chases and pulse-pounding physical action are set against the mesmerizing beauty of Rio de Janeiro’s exotic thoroughfares in Fast Five, the most successful installment of the Fast & Furious franchise. Vin Diesel and Paul Walker lead a reunion of returning all-stars from every chapter of the phenomenally successful franchise built on speed plus action superstar Dwayne Johnson (Faster) in the all-new action caper available October 4, 2011 on Blu-ray™ and DVD Combo Packs, DVD, Digital Download and On Demand.

Available for a limited time only, the Blu-ray™ and DVD Combo Packs bring the full-throttle excitement of the ultimate Fast Five experience to the screen with perfect picture and the purest digital sound available on Blu-ray™, as well as an extended edition of the film with even more explosive action, exclusive bonus features, a DVD to enjoy in the car or on the go, and a Digital Copy of the film that can be downloaded and viewed on an array of electronic and portable devices anytime, anywhere including laptops, tablets, and smartphones as well as Internet-connected TVs and Blu-ray™ set top boxes. Debuting on the Fast Five Blu-ray™ is Universal’s Second Screen, an all-new app for tablets and computers that provides an innovative and interactive viewing experience. To preview Universal’s all-new Second Screen for Fast Five visit http://preview.tinyurl.com/UniSecondScreenF5preview.

Packed with mind-blowing stunts, high-octane thrills and unprecedented automotive wizardry, Fast Five reunites cast members from all four previous chapters of the blockbuster franchise, reprising their roles as the most daring gang of outlaw drivers to ever get behind the wheel, while a relentless FBI agent (Dwayne Johnson) does whatever it takes to them bring down. Director Justin Lin (Fast & Furious, The Fast and the Furious: Tokyo Drift) takes the wheel of this all-star reunion as Diesel and Walker reprise their iconic roles as Dom Toretto, the king of the street racers, and former cop Brian O’Conner, now Dom’s partner-in-crime, while Johnson rides shotgun for the first time ever as Federal agent Luke Hobbs. Fast Five also brings back several popular franchise stars including Jordana Brewster, Tyrese Gibson, Chris “Ludacris” Bridges, Sung Kang, Tego Calderon, Don Omar, Elsa Pataky, Gal Gadot and Matt Schulze in a story fueled by gear-grinding action, hairpin plot twists and vehicular mayhem set to a driving hip-hop and Latin soundtrack.

BLU-RAY(TM) EXCLUSIVE BONUS FEATURES:
• DOM VS. HOBBS: Watch how the action-packed showdown was shot
• ON SET WITH DIRECTOR JUSTIN LIN: Go behind the scenes of Fast Five with director Justin Lin
• INSIDE THE VAULT CHASE: Learn how they filmed the movie’s most dangerous sequence
• TYRESE TV: Go behind the scenes of Fast Five with Tyrese Gibson
• NEW! pocket BLU™ VERSIONS FOR TABLETS AND COMPUTERS, FEATURING UNIVERSAL’S SECOND SCREEN
• The popular free pocket BLU™ app for smartphones is now even better with newly updated versions for iPad®, Android™ tablets, PC, and Macintosh computers, with features made especially to take advantage of the devices’ larger screens and high resolution displays. And with UNIVERSAL’S SECOND SCREEN, enjoy an innovative and interactive viewing experience, that lets you control, interact and explore Fast Five with groundbreaking new features right on your tablet or computer, in synchronization with the movie on your television screen! While the movie plays, you’ll experience features such as:
• Take Control 2.0: Step inside the movie with Director Justin Lin, as he takes control of your Blu-ray player and gives you an all-access, in-depth look at how the movie was made.
• Virtual Car Garage: Get an up-close inspection of the hot cars, moving models of the cars in a 360 degree view, check out tech specs and more with a touch of your finger
• Scene Explorer: Ever wish you could see how your favorite special effects sequences were created? Select various progressions of the same scene from storyboards to daily cuts right from your couch and see how they pulled off the incredible action of the film.
• Picture in Picture: The cast and crew share stories about the movie right from your tablet or computer, in synchronization to the scene being played.
• The Music of Fast Five: Tap your fingers to find out what song is playing, create your own playlist, and even purchase the songs right from your device!
• pocket BLU™: The groundbreaking pocket BLU™ app uses iPad®, iPhone®, iPod® touch, Android™ smartphones and tablets, PC and Mac® to work seamlessly with a network-connected Blu-ray™ player. Consumers will be able to browse through a library of Blu-ray™ content and watch entertaining extras on-the-go in a way that’s bigger and better than ever before. pocket BLU™ offers advanced features such as:
• DIGITAL COPY: Now, Users have a whole new way to redeem their Digital Copy of the movie right from within the pocket BLU app! With a simple three step process, the movie begins downloading instantly to their portable device to take with them anywhere!
• ADVANCED REMOTE CONTROL: A sleek, elegant new way to operate your Blu-ray™ player. Users can navigate through menus, playback and BD-Live™ functions with ease
• VIDEO TIMELINE: Users can easily bring up the video timeline, allowing them to instantly access any point in the film
• MOBILE-TO-GO: Users can unlock a selection of bonus content with their Blu-ray™ discs to save to their device or to stream from anywhere there is a Wi-Fi network, enabling them to enjoy content on the go, anytime, anywhere
• BROWSE TITLES: Users will have access to a complete list of pocket BLU™-enabled titles available and coming to Blu-ray™ Hi-Def. They can view free previews and see what additional content is available to unlock on their device
• KEYBOARD: Entering data is fast and easy with your device’s intuitive keyboard
• BD-LIVE™ – Access the BD-Live™ Center through your Internet-connected player to access the latest trailers, exclusive content, and more!
• uHEAR™: Never miss another line of dialogue with this innovative feature that instantly skips back a few seconds on your Blu-ray™ disc and turns on the subtitles to highlight what you missed

BLU-RAY™ COMBO PACK AND DVD COMBO PACK EXCLUSIVE:
• DIGITAL COPY: In addition to redeeming a Digital Copy of the movie through the pocket BLU™ app, Viewers can also download a digital version of the full-length movie from participating digital retailers to enjoy on a choice of popular electronic and portable devices.

SYNOPSIS
Vin Diesel and Paul Walker head up an all-star reunion of the explosive Fast franchise set in sultry Rio de Janeiro. Former cop Brian O’Conner (Paul Walker, Fast & Furious, Takers) and his girlfriend Mia Toretto (Jordana Brewster, Fast & Furious, “Dallas”) bust Mia’s brother Dom (Vin Diesel, Fast & Furious, The Chronicles of Riddick) out of prison, blasting across South America to elude the authorities. Finding themselves backed into a corner in Brazil, they assemble an elite team of top racers to help pull off the one last job that could mean freedom for them all. But hard-nosed federal agent Luke Hobbs (Dwayne Johnson, Faster, The Other Guys) is hot on their trail, and so is a corrupt and powerful businessman who wants them dead. When Hobbs and his strike force launch an all-out assault to capture the Torettos and their team, he can’t separate the good guys from the bad. Instead, he must rely on his instincts to corner his prey…before someone else runs them down first.