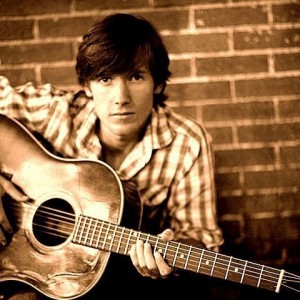 If Hudson Moore had his way he’d be making movies. After three years as a film major at the University of Texas he put his love for films on hold to follow another passion: music. The 22-year old native Texan has since opened for such major acts as ZZ Top, Trace Adkins, Alan Jackson and Rascal Flatts. This week he takes another step in his career with the release this week of the new film “Sweetwater,” starring Ed Harris and January Jones. Moore was given the chance to write an original song for the film and jumped at it. While on tour (his next stop is in Lubbock, Texas – the birthplace of Buddy Holly – on October 18), Hudson took some time to talk with Media Mikes about music, hard work and the opportunities of sitting off stage.

Mike Smith: What is it inside that made you want to pursue music as more than a hobby? Where did the passion come from to decide to make it a career?
Hudson Moore: First you definitely have to have the passion for it, obviously. You have to love it. Second you have to have the determination to work hard…to make it work. There are so many talented people out there. It often comes down to your work effort, your grit and your perseverance. Anybody who has done this knows it’s not an easy road. It’s a hard road…it’s a long road. But it can be very rewarding. I’m a firm believer in that if you work hard enough at something you’ll eventually succeed at it. That’s my view. It can take some time. Some people blow up right away. Some can take thirty years to get recognition. It’s a gamble.

MS: Can you remember when you wrote your first song?
HM: I do. I wrote my first song when I was sixteen years old. My first full song.

MS: Early this year the Country Music Academy named you one of the artists who is “New To Watch” in country music. As a musician at the beginning of his career does that put a little pressure on you when you perform?
HM: You can’t really put too much stock in those things. I’m always flattered whenever anyone says kind things about me. But honestly, I just keep on moving down the road. But as an artist I think I do perform better under pressure. It can be good for you. You have to raise the bar and be your best. So honestly, I enjoy being in the spotlight and having that pressure to perform.

MS: You’ve opened for some major acts – from ZZ Top to Rascal Flatts. When you’re done with your set do you stand backstage and watch them as a fan or do you study them as a fellow performer?
HM: I watch them as a fan! Some of the bands I’ve opened up for I’ve really admired. ZZ Top…Alan Jackson…Rascal Flatts. Then there are the Texas guys, like the Eli Young Band. For me I enjoy the show and I get great exposure. And I do sit back and watch and try to learn all I can about being an entertainer and how I can become a better performer. It’s almost like a master class. I get to sit beside the stage and watch these great bands do their thing. It’s a real blessing.

MS: You contributed an original song (“The Cold, Gray Light of Dawn”) to the new film “Sweetwater.” How does that process work? Do they give you a script…show you the movie…?
HM: My brother, Tucker, is a producer on the film and he called me and asked me if I would write an original song for the film and I said, “sure.” That’s something I’d always wanted to do. He gave me a rough cut of the film on DVD and I watched it with my friend Wally Wilson, who helped me write the song. We watched it in a motel room in Austin, Texas while we were out of town. We had a week to write the song, record it, master it and get it to the director so it was really a time crunch. We watched the film and, honestly, within an hour and a half, we had our song. It was one of those days were everything was kind of lining up. We were so inspired by the film that the song kind of wrote itself.

MS: What are you working on next?
HM: I have a new album coming out next month called “True Love.” It’s something I’ve been working on for a while now when I haven’t been touring and I’m excited to get it out. I’m also writing songs in Nashville and at home in Texas for my third album. So I’m putting an album out, working on the next one and touring. It’s busy but that’s the way I like it.

To hear Hudson Moore’s music or to see him on tour, go to http://hudsonmoore.net/home/