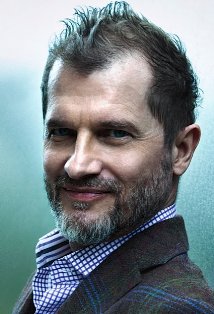 Reinhold Heil is one of the three composers behind the stunning score for the film “Cloud Atlas”, along with Tom Tykwer and Johnny Klimek. They have worked together on numerous films including “Perfume”, “The International” and “Run Lola Run”. The trio of composer also got nominated recently for a Golden Globe Award for Best Original Score for “Cloud Atlas”. Media Mikes had a chance to pick Reinhold’s brain about this wonderful score and also what he has planned next.

Mike Gencarelli: You co-composed the “Cloud Atlas” score with Tom Tykwer and Johnny Klimek, tell us about that collaboration?
Reinhold Heil: We have been working together now for 16 years on many different films. The only major film that Tom Tykwer directed that we didn’t work on was “Heaven”, which he did in 2001. All the others starting with “Winter Sleepers” in 1996, we have all worked together. Tom isn’t necessarily amazing with the computer programs but he is an excellent musician. Composing is such an integral part of the filmmaking process. He starts thinking about the music in the screenwriting process. He sends the screenplays to us then and we get together and try and conceive what we think the sound would be like. Once the screenplay is done, the music is already starting to emerge and then gets nurtured all the way through post-production. We have this old tradition of setting up two work stations, one for Johnny and one for me and Tom alternates between the two. From conception of an idea it is instantly shared, so all three of us end up working on every aspect of what is being done. I have more of a classical background, so if it falls into that area I would take on more of a role. But what has established over this 16 year relationship is that all three of us have really grown and we developed this overlapping skill set. We each could score our own movies and we have in the past and will again in the future but we enjoy collaborating together.

MG: Some of my favorite tracks are “The Atlas March” and “The Cloud Atlas Sextet for Orchestra”; tell us about where you got the inspiration this score?
RH: With the “Sextet” it has this specific problem that is mentioned and even described in the novel. The way it is described it has this avant-gardist chamber piece from the first half of the 20th century. At the same time it continues, it gets forgotten for decades and then gets slowly unearthed towards the end of the century and then in the future it becomes this ubiquitous piece that everyone knows and has this quasi-religion aspect. There is even a holiday for the piece called “Sextet Week”, so if you read the book it is even crazier than in the film. So being confronted with this task of actually having to write this piece that has all these qualities is very daunting. We wanted to keep it true to the aspect that it is a 20th century chamber piece but it wasn’t as important as to give it this main theme sound that works and has this beauty to it. We just followed our inspiration and wrote this piano piece that could have been done during that period. With the arrangement, we tried all sorts of things. We tried chamber, choir, string orchestra and even full orchestra. That is where our crazy method comes through that we overwork something and only a fraction of it gets seen. The songs theme is really everywhere, almost in every cue somehow. The same goes for “The Atlas March”. The idea for that was that we needed something that was emotional, simple, uplifting and that it can build from almost nothing to this big orchestral piece. We worked all the cues in a way that these two melodies were reprised throughout the whole score. The opening titles, for instance, was a totally different piece originally. It had acoustic guitars and other melodic elements but it ended up just including the “Atlas March” melody and the “Sextet” melody. The same goes for the next track “Travel to Edinburgh”; you have all three main themes combined there. It is based on the “Sextet” but doesn’t have the “Sextet” melody instead it has “The Atlas March” melody. It also has the “Eternal Recurrence” melody built in together. The idea for that piece “Eternal Recurrence” is used to have something that gives the feeling of faith playing itself out and propelling the story forward. These are the main building blocks of the score.

MG: What was the timeline of the score from the moment you came on this project to completion?
RH: We were in Berlin for the first time in late March/early April of 2011. We knew the film was going to – or hoped it was going to happen – as far back as the summer of 2008. Of course we read the book back then and started thinking about what it would sound like in advance. We listened to a lot of John Adams. Though, I do not necessarily think that you will find that much inspiration from John Adams in the score but that was our first idea behind it. The real decision for the music always comes after the rough cut comes and you start slapping much on to see what works and what doesn’t. So during that time we worked for about two and half weeks and had already came up with ideas for “The Atlas March” and “Eternal Recurrence” themes. The “Sextet” was not there yet, but we were charging ahead with that and we still trying to give it a more “arty-fartsy” direction. We went back home to LA and then came back in June/July of 2011 and had a six week explosive creative session. At that time Tom was also struggling with the financing of the film. There was no studio behind it and it was the most expensive independently financed film ever, which made it more complicated. So I think for him personally coming back to the music studio in the late afternoon to spend a few hours with us was a therapeutic thing for him and taking a break. Tom was really explosive with ideas throughout the process though. With the orchestra session it was a challenge since the volume of music we generated was getting out of hand. Luckily one of our assistants, straight from USC, we brought along jumped it and we had two orchestras working their asses off. We did four day orchestra sessions and since the only way we could do that was since it wasn’t an experienced film orchestra otherwise the music budget would have been out of control. The people were though super motivated and tried very hard. We ended up recording unbelievable amounts of music. It was a giant post production since we had to play with various little snippets of music. Then we ended up having to go back and forth from LA to Germany in early 2012 while the film was being cut. I was also working on a TV show at the time and putting in about 14-16 hours at day. It was just an amazing amount of work. When you work with Tom, he doesn’t do anything half-assed. So in all, we are talking about 15-16 months from the first conception to the delivery. Even after delivery though, there is always still little tweaked here and there.

MG: How does that timeline compare to some of your other projects?
RH: The other project that we did together that took a very long time was “Perfume”, which started in 2004. We knew it had to have a full symphonic orchestra score, which we didn’t have a lot of experience with. We had to do a lot of experimenting since it was a new aspect for us. We then recorded choir in 2005 and then wrote a whole bunch more before the film was even shot. Then we pieced it all together and it was crazy work. I believe it also took longer than “Cloud Atlas” but it also included a lot of a learning curve for us. Looking back it was more of a two year process. We also did “The International”, where we did the same thing. It had a six week writing session before the film was shot then three months of developing that material and then five months of post-production. So those are some of our larger scale projects.

MG: You are working again with Johnny Klimek on “I, Frankenstein”; is that your next project?
RH: Yep that is next. It is also pretty much done. We started working on it in July of 2012. We might have some changes in the coming months but as of right now it has been written and recorded already. We recorded in Sydney, since it is an Australian production. It was really a very impressive experience. The scoring sessions were very professional with great staff that has done this before many times. It was quite different than “Cloud Atlas”, where it was all new for them. I hope that with the growing respect that we have received from “Cloud Atlas” – I know it is not a huge blockbuster, but it did just receive a Golden Globe nomination – hopefully we will get new projects were we can record here in Los Angeles. I would love nothing more than to record with Los Angeles musicians.