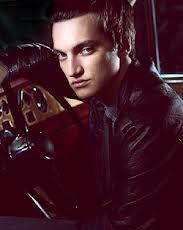 Richard Harmon is known best for his roles in television shows like “The Killing” and “Continuum”. He also starred in the horror movie “Grave Encounters 2” last year. This year Richard is co-starring in shows like “Bates Motel”, “DirecTV’s “Rogue” and recently shot a pilot for The CW’s “The Hundred”.  Media Mikes had a chance to chat with Richard about his role on “Bates Motel” and his upcoming roles.

Mike Gencarelli: Tell us about your role of Richard Slymore in “Bates Motel”?
Richard Harmon: Playing Richard is a nice change of pace for me. He is pretty much just a normal guy, which is one of the coolest things for me. It is rare that I get a chance to play someone who is just a regular human being. He is a nice person, even though he can come off as a bit aggressive with Norman. But I feel that is due to his protection over his girlfriend. But he is just a normal high school guy.

MG: What drew you to the role?
RH: This was just one of those special projects that you walk on the set and you know how good the show is going to be. I felt very lucky to be apart of it in just any way shape or form.

MG: How was it working with Freddie Highmore & Vera Farmiga?
RH: I unfortunately never got to work with Vera. I really wanted too because I am a big fan and she is just terrific. Even now watching the show, I am an even better fan than I used to be. Freddie though, if he was any representation of both of our leads…oh my God! He is such a pro and just such a nice human being. He works the correct way that I feel that actors should work. He is so focused yet at the same time he is incredibly nice and poliet. I cannot say enough good things.

MG: You are no stranger to TV, how does this show differ than your other television work?
RH: I think they are all different. I don’t just mean because they are different stories. Each set offers its unique vibe. On “Bates Motel” everyone is so experienced and they know what they are doing. They each have a job to do and do it incredibly well. I have been very lucky in that sense since it also applies to the other shows I have worked on. I think with “Bates”, it really has this very unique vibe.

MG: After this show and “The Killing”, what do you enjoy the most about playing the bad guy?
RH: [laughs] I don’t know. It’s what they seem to like casting me for. I do not think I am quite that mean in real life. I would like to think I am a relatively nice person. For a while, I was wondering why I only got bad guy roles. Now I am just I relish in it. They are just so much fun to play. There is so much you can do with them and change all the time.

MG: Tell us about the other TV show you are involved with “Rogue”?
RH:It was a great show to work on. I only got to do two episodes on it in the beginning of the series. It premieres on Wednesday, April 3. The two scripts I got to read were terrific. Plus how could you not love Thandie Newton. I actually didn’t get to work with her either, so there is another one after Vera Farmiga. I really wanted to work with her too. A ton of my friends from Vancouver are also regulars on it like Jarod Joseph. He is just someone that I really respect. I think they hired the actors very well on that show.

MG: What else do you have in the cards for this year?
RH: I just finished filming a pilot. It is called “The Hundred” and it is for The CW. The scripts are insanely good. The summary of the show is set 97 years after a nuclear war has destroyed civilization. A spaceship housing the lone human survivors sends 100 juvenile delinquents back to Earth to investigate the possibility of re-colonizing the planet. So it about us trying to survive down there. It is a really fun show. 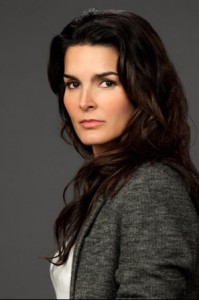 Angie Harmon is known best for starring as Detective Jane Rizzoli on the TNT television series “Rizzoli & Isles”. The show enters its third season on June 5th. Media Mikes had a chance to chat with Angie about this upcoming season and what we can expect.

Mike Smith: How have the events this season two finale change Rizzoli & Isles’ friendship this season?
Angie Harmon: I think, if anything, we all know how it ended last season. If all of us have had friends with people that we love or people that we care about. I just think that it’s a really, really great thing to watch as these two character sort of work around their difference and work around the horrible situation that has happened, and come back together. What I also love is the way that the other characters in the show recognize the love that these two girls have for each other and, you know, help in their own different ways getting them back together. You know what I mean?

MS: “Law and Order” was marked as one of the great shows because of the great writing. And, the first two seasons of Rizzoli & Isles also has that kind of great writing. Do you see the show continuing, probably not as long as Law and Order, but having a long run? And is that something you would – you would see out and continue in the series?
AH: Gosh, I mean, I think as an actor, we all want to work and we all enjoy, you know, the projects that we set on to do. I think my strongest feeling in that – in answering that question is that and I don’t mean this arrogantly, I mean this, you know, as a parent of three girls, I think our show is on sort of the “right side of the line,” if you will. And I feel that way because, you know, I have young girls come up and tell me how much, they want to be a criminologist; they want to be a homicide detective; they want to get out there and help people and things like that. And I take that to heart. I think that’s an accomplishment for our show. So yes, I absolutely would love that, outside of the fact that, yes, I’d be working for a long amount of time. But I think that we’d be putting something that’s very positive out there. You know what I mean? For girls, yes I would love that. Absolutely. But not just for the selfish reason. We’ve got a great show. There’s more to it than that. We have something here that is a very positive role model and something that, personally I think we need. When they did that survey and all the girls were like, there were kindergartners, and like, “I just want to be famous.” But none of them said how. That, to me, is alarming. Young girls come out of college and high school to walk up and say the things that they say, like I just said. That means a lot to me. Yes, of course I would love to keep doing that.

MS: Did you always know from the moment you started reading with Sasha Alexander that this was the person that you were going to work with that and that would work best with? Or did you have to develop it?
AH: You know what I think? I think, both. We brought in a few people for Isles. I think Sasha just kind of hit it out of the part because she got the fact that, Maura was just kind of quirky scientist, sort of socially awkward. But she also got the fact that, Maura had friends and had girlfriends and things like that. You know what I mean? That’s why she got the job. Sasha and I have worked together over the past three seasons now, obviously our friendship is going to grow and mature and all of those things. I mean, it’s certainly wonderful to go to work and like everybody that you work with as opposed to walking on the set and dreading it because everybody’s a nightmare. Which I think we’ve all been in those situations, whether you’re an actor, or whether you work in front of a computer. So, yes, I think it’s both. I think there was sort of an instantaneous recognition. And then I think there’s a friendship and a relationship that has grown and matured over the years.

MS: I was wondering what you thought of the (Hoyt Art). Do you feel that it was explored within a good amount of timeframe? Or do you feel like he was – he still had a little bit more he could have gone?
AH: No, I was completely comfortable with where Janet took that and how much time we spent with it. If anything that was a really, really fun day that I actually also learned a lot from as an actor. I mean, in that moment after she kills Hoyt, you know, Bruce was there and him coming up and hugging me and crying and all that. That was all ad lib. It just sort of happened, because that’s what would happen. And when you’re living a character and living that life, you just keep going until somebody says “cut.” Bruce coming in and doing that and nurturing Jane in that kind of way. I had to break from him and walking to my trailer like I literally, my left knee gave out as I was about to go down. And I got into my trailer and just threw up. I mean, it was a very emotional moment. And as an actor, I’ve never had that happen before. I’ve always been able to draw the line and known the difference between reality and what we’re doing. It was just a very, very emotional closing for me. But no, I feel that we gave him his time. We gave him his due. You know the last thing you want is for people to be like, “okay, seriously, you can’t catch this guy? You can’t get in front of him?” You know, so, no, I was very fine with it. And if anything, I was very, very thankful for that experience because it just sort up upped the ante on acting challenge.