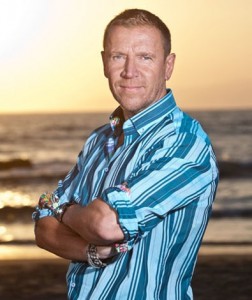 Renny Harlin holds the distinction of being the most successful filmmaker to ever come out of Finland. Surprisingly (not because they weren’t famous but because I didn’t know they were from Finland), right behind him in popularity are two actors: 50’s horror film hostess and star of “Plan 9 from Outer Space,” Vampira and George Gaynes, probably best known as Commandant Lassard from the “Police Academy” films and the adoptive guardian of TV’s “Punky Brewster.”

Harlin rocketed to fame when he went behind the camera on “A Nightmare on Elmstreet 4: The Dream Master.” Impressed by the word of mouth on the picture, producer Joel Silver hired him to direct “Die Hard 2.” He followed these films up with such popular films as “The Adventures of Ford Fairlaine,” “Cutthroat Island,” “The Long Kiss Goodnight,” Cliffhanger” and “Deep Blue Sea.”

In preparation for the release of his latest project, “Devil’s Pass,” which follows the journey of five filmmakers investigating the real life mysterious deaths of nine skiers in the late 1950s, Harlin took time out to talk about his new film, his upcoming “Hercules” project and the incredible fact that Andrew Dice Clay could be an Oscar nominee this year!

Mike Smith: Before we begin I have to tell you that I think “Ford Fairlaine” is one of the most underrated comedies ever made.
Renny Harlin: Awesome! When I go to a bar in New York, or even in the middle of the country, if people somehow find out I directed “Ford Fairlaine” it’s always free drinks for the whole night.

MS: Nice. Now they’re talking about “Dice” Clay being an Oscar nominee for “Blue Jasmine.”
RH: That would be the most awesome thing ever!

MS: How did you come to direct and produce “Devil’s Pass?”
RH: It was an incident that I had been interested in for many years. I had read about it and had seen a couple of documentaries about it. And I thought to myself, “wow…what a weird mystery to occur in our lifetime.” Because still today nobody knows what really happened. With all of the evidence…I’ve been through the archives and have seen the photographs. With everything they have nobody still knows what happened. I always thought that it would make an interesting movie. And I found that by doing it as a “found footage” film I could find an angle where the movie takes place in today’s world while referencing what really happened.

MS: How much research were you able to do on the actual incident?
RS: I went through the archives. I spoke to people that had either been part of the rescue team or had had a connection to the people that disappeared. Everything I could find to read and watch I did. I feel like I was able to learn a lot and put a lot of that research into the film.

MS: What was it like to return two decades later to the same mountains where you had filmed “Cliffhanger?”
RH: It was like going home. I really love the challenge of filming in a natural environment. It’s great to shoot on a soundstage. It’s very controlled. But there’s nothing like putting the cast and crew in an extreme situation. And in this case it was in the darkest and deepest part of Russia in a tiny town called Kirov. There claim to fame is in the mining industry and that they have the northern-most prison in Russia. The people that live there are either miners or relatives of prisoners. So you know it’s not exactly the most uplifting place! (laughs) Then you figure in that it’s above the Arctic Circle…that’s it’s dark most of the year…that nine months of the year there is snow on the ground. When we were there it was constant sub-zero temperatures and 20 feet of snow. Many of the locations were only accessible by snow mobiles. It adds to the authenticity of the film and it adds to the experience of the crew and cast. Just like the characters in the story, every day is about survival. And I love that. I love being in those conditions and making a movie.

MS: Being, as you were, at the mercy of Mother Nature, how difficult was it to film the avalanche scene?
RH: That was one of the hardest sequences. We were filming in an area that was really “avalanche prone.” We were told by our mountain guides that every year several people perish in avalanches. We were told to be careful. Everything filmed on the mountains was filmed at night and it took a while to get the filming done. The mountain was the star as we only had a couple of hours to film each day. But we did it together.

MS: Was that the biggest challenge of filming?
RH: I would say that, in terms of preparation, that was certainly the biggest. There were certainly many other challenges. And if someone complained I’d say to them, “Hey…when was the last time you were able to hang around in a place like this?” People would pay a lot of money to be able to see what we see. This is something really unique.

MS: Finally, can you give a quick update on “Hercules 3D?”
RH: I’d be very happy to give an update! I’m sitting right now in the editing bay. We finished shooting about a month ago and I’m about six weeks away from delivering my director’s cut. It’s looking fantastic. This is really my dream project come true…it’s like a childhood dream. When I was growing up I would watch movies like “Ben Hur” and “Spartacus.” I grew up with an amazing love and knowledge of Greek mythology. To be able to do an epic movie like this…Hercules is really the father of the comic book movie. It’s really my return to those kind of movies.

“Devil’s Pass” is in select theaters on August 23rd and same day also available on Cable VOD, digital platforms (including SundanceNow and iTunes).